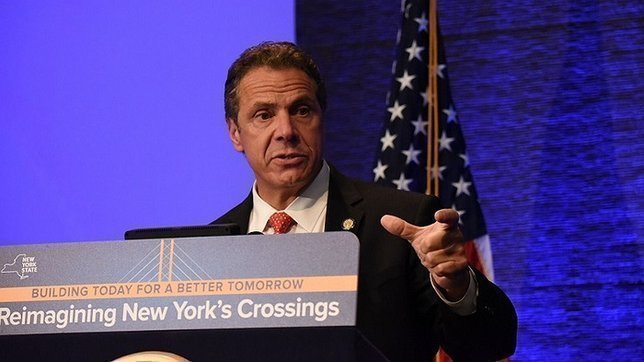 Albany, NY – June 1, 2017 – Governor Andrew Cuomo announced today that State Police issued 12,169 tickets and arrested nearly 240 people for DWI this Memorial Day weekend, as part of the STOP-DWI traffic enforcement period. The initiative, which targeted impaired and reckless drivers, took place between May 26 and May 29.
"Cracking down on impaired and reckless drivers is critical to ensuring the safety of all motorists on our roadways,” Governor Cuomo said. “Thanks to our dedicated law enforcement professionals, we were able to catch these dangerous drivers, get them off our roads, and help prevent avoidable tragedies."
During the 96-hour STOP-DWI campaign, which was partially funded by the Governor’s Traffic Safety Committee, the New York State Police and local law enforcement increased patrols and conducted sobriety checkpoints to deter, identify and arrest impaired drivers.
State Police Superintendent George P. Beach II said, "The results of this year’s campaign show that too many people are getting behind the wheel while intoxicated or impaired by drugs. We will not stand for this behavior, and our Troopers will remain vigilant to remove these reckless individuals from our roadways."
Terri Egan, Executive Deputy Commissioner of the State Department of Motor Vehicles and Acting Chair of the Governor’s Traffic Safety Committee said, "It is very disappointing to see that in this day and age, so many people still think it’s fine to drive impaired. The message cannot be repeated often enough: You put your life and the lives of others at risk every time you get behind the wheel impaired, no matter how short the distance or how familiar the roads. We will continue to vigorously enforce these laws this summer and all year long."
State Troopers arrested 237 people for DWI and investigated 146 personal injury crashes which resulted in 190 people injured. As part of the enforcement, Troopers also targeted speeding and aggressive drivers across the state.
Below is a sampling of the total tickets that were issued:
Troopers used both marked State Police vehicles and Concealed Identity Traffic Enforcement vehicles as part of this crackdown in order to more easily identify motorists who are violating the law. CITE vehicles allow the Trooper to better observe driving violations. These vehicles blend in with traffic but are unmistakable as emergency vehicles once the emergency lighting is activated.
On Memorial Day weekend in 2016, Troopers arrested 224 people for drinking and driving, and issued more than 11,946 tickets.