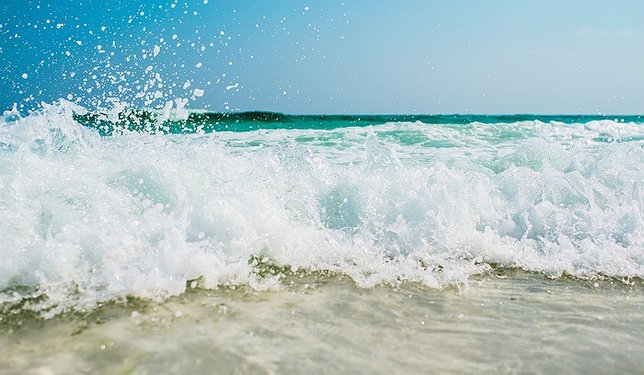 Long Island, NY - Sept. 5, 2018 - Labor Day’s passing typically signifies the end of beach season, to the chagrin of many; however, in light of a continued record-breaking heat wave, several Long Island state park beaches are officially remaining open past the holiday this year, giving those wishing to one last chance to enjoy the shore to get their fixes before the fall season is upon us.
The following beaches will keep lifeguards on duty throughout Sept. 16- Hither Hills State Park in Montauk; Sunken Meadow State Park in Kings Park; Robert Moses State Park Fields 2 and 5 in Babylon; and Jones Beach State Park Field 6 in Wantagh. These beaches will remain open daily, from 10 a.m. to 6 p.m.
Paid parking will remain in effect while lifeguards are still on duty, officials say.
In addition, the Jones Beach spray pad will also remain open, officials say, since lifeguards are not needed as there is no standing water that a child could drown in. A popular new addition to the Jones Beach boardwalk area this year, the spray pad consists of a mini-park with multiple ground nozzles that spray water upwards out of the spray pad's raindeck, where kids can frolic about and cool off.
Several Long Island beaches have remained open past Labor Day in recent years, and while beach season in the aforementioned state parks has been extended this year to the 16th, officials indicate that it is possible to extend that deadline further if the current warm weather patterns continue.
While the summer season still has several weeks remaining on the calendar before fall kicks in, most public beaches are typically closed to swimmers after Labor Day due to the lack of lifeguards available, as the start of school often depletes their ranks. However, officials have decided to retain as many non-student and retired lifeguards as possible to keep several beaches open in response to the current heat wave enveloping the region, with reported temperatures on Long island still in the 80’s and 90’s in some areas.
Long Island beaches – and Jones Beach in particular – have long been lauded nationwide for their popularity and quality with tourists and locals alike. According to New York State, Jones Beach attracts approximately six million visitors every year.