Assemblyman Todd Kaminsky today announced his co-sponsorship of a bill introduced by Assemblyman David Buchwald, which would strip pensions from corrupt officials who have been convicted of a felony in violation of the public trust ... 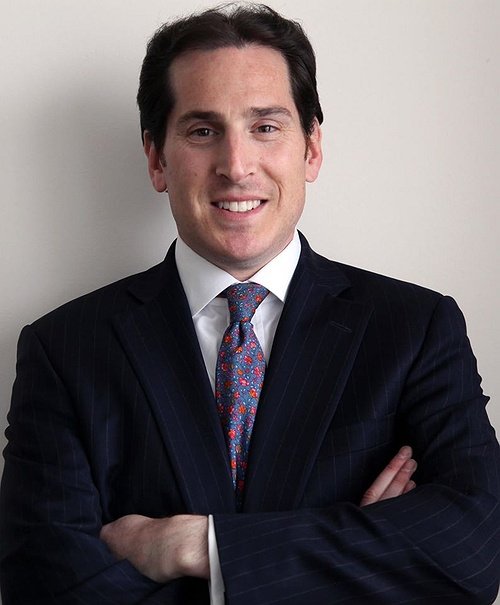 Long Beach, NY - January 16th, 2015 - Assemblyman Todd Kaminsky today announced his co-sponsorship of a bill introduced by Assemblyman David Buchwald, which would strip pensions from corrupt officials who have been convicted of a felony in violation of the public trust (A.377).

“After successfully prosecuting corrupt politicians who were still allowed to keep their pensions under State law, I was always astonished and disappointed by this flaw in our ethical codes,” said Assemblyman Kaminsky.  “I am proud to be part of a solution that will help restore the public’s faith in government.”

“I am very pleased that Assemblyman Kaminsky will hit the ground running by supporting this meaningful Albany ethics reform,” said Assemblyman David Buchwald (D-Westchester). “This is a positive step forward for all New Yorkers, who we believe would overwhelmingly approve this constitutional amendment if it were placed on the ballot. The fact that convicted felons who violated their oaths of office sit in prison collecting state pensions not only damages public faith, but is a clear waste of taxpayer dollars. The time has come for a change.”

While New York State passed the Public Integrity Reform Act in 2011 to reduce benefits for public officials who abuse their power (Chapter 399 of 2011), it only applied to officials who entered into the state pension system after it became law. This new legislation would amend the State Constitution so that any corrupt official, regardless of when they took office, will know that they risk losing their taxpayer-funded pension.

About Todd Kaminsky
Todd Kaminsky was elected to the New York State Assembly on November 4 to represent the 20th District, which covers much of Long Island’s South Shore and includes all or parts of Atlantic Beach, Long Beach, Lido Beach, Island Park, Oceanside and the Five Towns, including Woodmere, Lawrence, Cedarhurst, Inwood and the Hewlett.

Before he was elected, Todd brought some of New York’s worst criminals to justice, and advocated tirelessly for Long Island’s South Shore.

As a federal prosecutor representing Long Island, Brooklyn and Queens, and as acting deputy chief of the Public Integrity Section, Todd took down corrupt elected officials who used taxpayer dollars to fund lavish lifestyles, as well as drug kingpins and other major felons.

Todd began his career as a prosecutor in the Queens District Attorney’s office, prosecuting domestic violence cases, robberies, shootings and other violent crimes.

As a community advocate, Todd has worked vigorously in support of the South Shore. He organized free legal clinics for those affected by Hurricane Sandy and helped bring tens-of-thousands of dollars in relief funds to local residents. For his efforts, Todd was awarded the Community Service Award from the U.S. Attorney's Office for the Eastern District of New York and the Long Beach Martin Luther King Center’s Sandy Relief Service Award.

Todd’s commitment to public service is inspired by his grandparents, who collectively served 40 years on the Long Beach Board of Education. His mother and grandmother were also teachers in the Long Beach School District.

Todd and his wife, Ellen, have been married since 2010. They live in Long Beach, where he grew up.