Governor Cuomo announced a 20-member NY firefighting crew that traveled to Idaho to assist in the containment of the Pioneer wildfire returned to New York this afternoon. 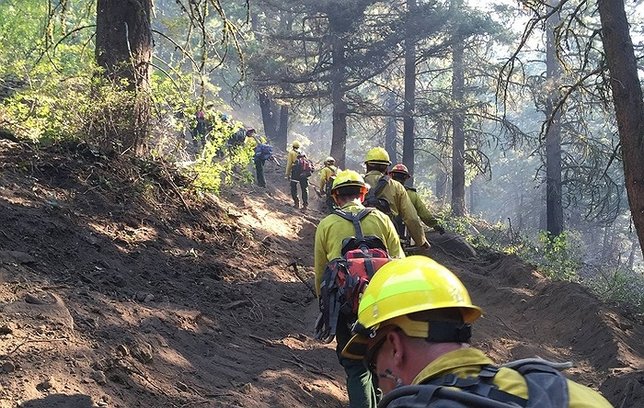 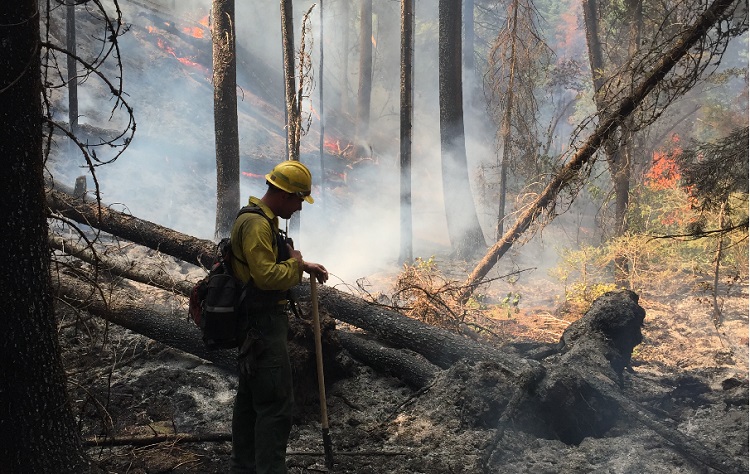 The crew, comprised of DEC Forest Rangers, employees and volunteers worked to contain the more than 180,300-acre wildfire located in the Boise National Forest for the past two weeks. Photos of the crews in Idaho are available here, here and here.

“New Yorkers help their neighbors in their time of need and these brave men and women selflessly put their lives on the line and proudly upheld this state's great tradition,” Governor Cuomo said. “I am proud of their courage and professionalism displayed by these great New Yorkers during this mission and I am thankful for their safe return.”

NYS Department of Environmental Conservation Commissioner Basil Seggos said, “When other states are facing this type of adversity, New Yorkers are always willing to step in and lend a helping hand. I commend these individuals for their hard work and tireless efforts to contain these large wildfires over the past two weeks and I’m pleased to welcome them home.” 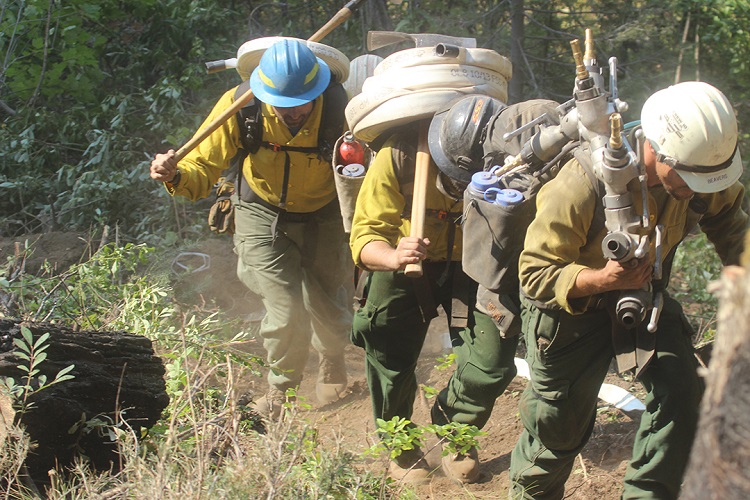 The team joined 42 crews from other states in battling the wildfires, which continue advancing to the north and northeast, but is less active than the last few days. When the New York team arrived, flames had consumed approximately 87,000 acres but that number rose to more than 180,300 acres as the wildfires spread. The New York team assisted in creating control lines to contain the flames, clear materials from the path of the fires and assist with burnout operations. During their time, they worked in rough terrain and endured daily temperatures that approached 90 degrees Fahrenheit.

Following their two-week stint, the crew was flown back to Manchester, New Hampshire and rested overnight before boarding buses for their return home this afternoon.

The New York crew included rangers, employees and volunteers across the state:

New York first sent a firefighting crew to assist western states in fighting large wildfires in 1979, and, usually, one or two crews have been sent to assist each year. In addition, to helping contain the western wildfires and minimize damage, these crews also gain valuable experience that can be utilized in fighting wildfires in New York. All personnel travel and administrative costs for the crew is paid directly by the U.S. Forest Service or reimbursed to the state.