Governor Cuomo announced that a crew of 20 employees and volunteers from the NYS DEC are heading to western states to assist in the containment of wildfires. 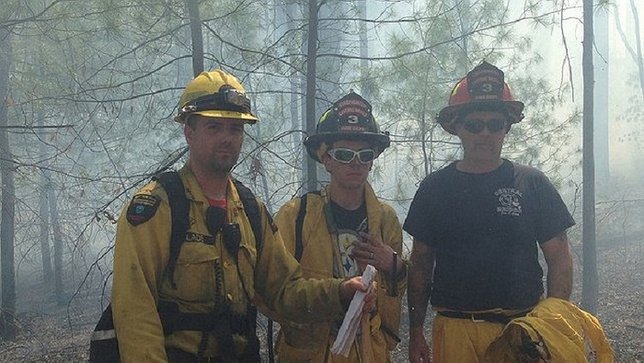 New York firefighting team headed to the West Coast to assist in fight against wildfires.

Albany, NY - August 19, 2016 - Governor Andrew M. Cuomo today announced that a crew of 20 employees and volunteers from the New York State Department of Environmental Conservation are heading to western states to assist in the containment of wildfires burning throughout the West Coast.

“Historically, New Yorkers seek to help whenever and wherever crisis looms and this crew upholds that important tradition by assisting in the control of these devastating wildfires,” Governor Cuomo said. “I commend these individuals for their bravery, and I look forward to their safe return home.”

Department of Environmental Conservation Commissioner Basil Seggos said, “The work of DEC’s firefighting team serves as a great example of how states can work together and share resources during times of adversity. I watched the staging operation this morning to wish our crews a safe and successful trip out west and will welcome the team home with much gratitude for their courageous work.”

The New York team is expected to be active in firefighting for two weeks. All personnel travel and administrative costs for the crew will be paid directly by the U.S. Forest Service or reimbursed to the state.

New York first sent a firefighting crew to assist western states in fighting large wildfires in 1979, and, on average, one or two crews have been sent to assist each year. In addition to helping contain the western wildfires and minimize damage, these crews also gain valuable experience that can be utilized in fighting wildfires in New York.