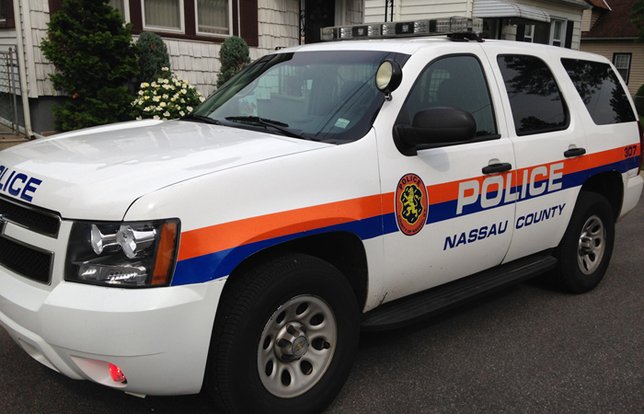 NCPD report the arrest of Giovanny Bien-Aime of New Hyde Park, 27, for an Assault.

Garden City Park, NY - August 16, 2018 - Third Squad detectives report the arrest of a New Hyde Park man for an Assault that occurred on Wednesday, August 15, 2018 at 1:00 p.m. in Garden City Park.
According to detectives, Giovanny Bien-Aime, 27, was trespassing in Walgreens, located at 2282 Jericho Turnpike. Officers attempted to place the subject under arrest when he resisted by flailing his arms and kicking his legs. He attempted to push past an officer which caused the officer to fall to the ground. The officer suffered a sprain to his right shoulder and was transported to an area hospital. The subject was eventually placed under arrest and transported to an area hospital for further evaluation.
Defendant Bien-Aime is charged with Assault 2nd Degree, Resisting Arrest, Obstructing Governmental Administration 2nd Degree and Trespass. He will be arraigned at First District Court in Hempstead when medically practical.
A criminal charge is an accusation. A defendant is presumed innocent until and unless proven guilty.