Its been a busy week for the Long Island College Hospital. A restraining order from Bill De Blasio kept it open, employees were arrested during a protest, and a patient was reported missing. 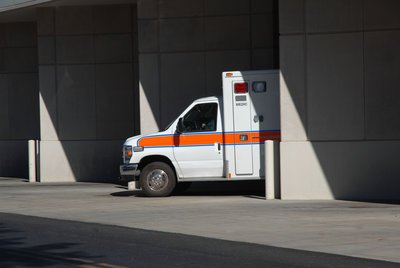 For months SUNY Downstate battled to close the Long Island College Hospital. Downstate was met with continous opposition from protestors and Mayoral candidate Bill De Blasio in shutting down the facility which overlooks the Manhattan skyline. They thought victory was theirs when the hospital was slated to forever shut its doors starting Sunday but the little college hospital that could has found another way to remain open. The planned closing was put on hold after a supreme court justice upheld another temporary restraining order which keeps it open a while longer.
The judge a part of the supreme court justice's case this week also decided against holding SUNY Downstate in contempt of the restraining order despite their attempts close the facility last week. Were it not for the restraining order patients would have been discharged and sent to a different hospital this weekend. SUNY Downstate argues the hospital needs to close because it loses $15 million a week.
Bill De Blasio announced this restraining order on Wednesday when health care workers, nurses, and activists, peacefully marched across the Brooklyn bridge in yet another protest to keep Long Island College Hospital open. They started in Cadman Plaza in Brooklyn and marched all the way to New York City's Foley Square chanting for Governor Cuomo to join their fight to keep Long Island College Hospital open. The NYPD arrested ten with some of those protesters put in cuffs being employees of LICH.
During the confusion of Wednesday's protests, the staff of Long Island College Hospital confirms former patient Celso Heredia is missing. They've been unable to locate Heredia after a doctor discharged him late Thursday July 18. The 81-year-old Mexican national was admitted in to the hospital for an Altered Mental Status in June after being found by police officers as he walked along the BQE. Heredia has no known children and the woman in the address he claimed to stay at in Fort Pierce, Florida, said he never lived there. The woman lived in the Fort Pierce house for ten years.
The doctor who discharged Heredia admitted someone in the hospital bought his ticket and was working on also buying him plane tickets too. He left behind a bag of belongings and $300. The Attorney General's Medicaid Fraud Control department is investigating the incident. Heredia is yet to be found.
[Source: New York 1, Pix 11]