NY vs. LA: Yankees Beat the Angels While Mets Fall to Dodgers 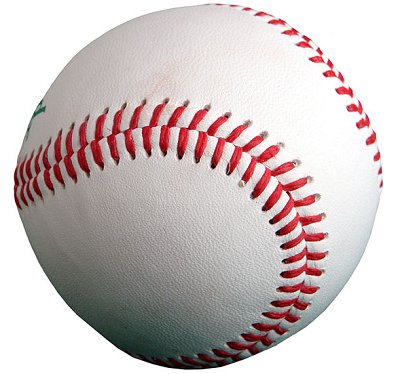 Yankees Win First Series in Over a Month, Beat Angels

Bret Gardner snapped a 4-game losing streak for the Yankees with a walk-off RBI single against the Tigers on Friday, but a ninth inning run would be far from sufficient to overcome Detroit on Saturday. Phil Hughes struggled in the first inning, though he got out of it with only one run scored; he allowed another in the third when Miguel Cabrera homered to put the Tigers up 2-0.

The bulk of the day’s damage came in the fifth inning, which Hughes left after giving up a solo shot and followed it by allowing a single. Preston Claiborne took over with two outs to go, but he fared no better, affording Detroit an RBI double and a 2-RBI single to go up 6-0. Lyle Overbay put the Yanks on the board in the bottom frame with a 2-run homer only for Tori Hunter to launch a 3-run shot off Joba Chamberlain in the top of the sixth.

Overbay went on to drive in the only other Yankee run in the ninth with an RBI single; the Tigers won 9-3 and Phil Hughes fell to 4-11 on the season.

Sunday’s rubber game was much more closely contested. After Andy Pettitte allowed Prince Fielder to score the first run of the game in the first inning, and Alex Rodriguez tied the score with his first homerun this year in the bottom of the second. Eduardo Nunez later added a sacrifice fly to bring Overbay home and put the Bronx Bombers ahead 2-1.

A-Rod knocked in another run on a groundball single in the third, and Alfonso Soriano launched his 2,000th career hit into the stands to start the bottom of the fourth, putting New York up 4-1. Pettitte was taken out of the game in the following inning after recording only one out and loading the bases, but Shawn Kelley got the team out of the fifth without allowing a run.

The score stayed put until the top of the eighth when David Robertson gave up a homerun to cut the lead down to 2. Mariano Rivera’s recent struggles continued as he allowed a pair of solo shots off the bats of Cabrera and Victor Martinez to tie the game at 4 apiece. Though he blew the save, Rivera would be credited with a win as he was still the pitcher of record when Brett Gardner played hero for the second time this series, launching a homerun out of right field to give New York a 5-4 walk-off victory. With that win the Yankees won a series for the first time since July 7th when they took 2 of 3 from Baltimore.

Hiroki Kuroda was absolutely masterful in his performance against Los Angeles last night, and the Yankees needed him to be in order to stand a chance against the Angels. Gardner drove in the first run of the night on a single in the third inning; it would be the only run until Curtis Granderson hit his third homerun of the year in the seventh to put New York on top 2-0.

For his part, Kuroda pitched 8 complete shutout innings, striking out seven as he walked just one and was hit by only three batters. Rivera was unavailable, so Boone Logan took over for Kuroda in the ninth, affording the first batter he faced a single and striking out the second. David Robertson finished the inning, issuing a walk to the first batter he saw and then an RBI double to Josh Hamilton followed by a second walk. Despite the shaky opening, Robetson struck out the next two batters to get out of the jam and preserve a 2-1 win for the Yanks. He picked up his first save and Kuroda improved to 11-7 on the year.

The Yanks will try to take their second straight series victory when they play the Angels again at 7:05 PM tonight, and will finish the series at the same time tomorrow.

After losing the first game of their series in Arizona by one run, the Mets were lifted to victory by a trio of their rookies in Saturday’s follow-up. A scoreless tie was broken in the top of the fourth by a Juan Lagares leadoff homer, and Wilmer Flores soon singled in another run to put New York on top 2-0.

Zack Wheeler pitched six scoreless innings before giving up a homerun to Aaron Hill in the seventh. He stayed on to get the first out before turning the ball over to Scott Rice—it was his first career start in which he did not issue a single walk.

Flores packed on some insurance runs in the eighth, driving Eric Young and Lagares home on a groundball single to put New York ahead 4-1. That score held as LaTroy Hawkins earned his third save and Wheeler improved to 5-2.

The team welcomed back Jon Niese, who had been rehabbing a shoulder injury for the past two months, with a productive beginning to Sunday’s rubber game. With two outs and bases loaded, Mike Baxter reached first base safely on a fielding error which also allowed Daniel Murphy, Ike Davis, and Flores to score. Anthony Recker hit a double in the ensuing at-bat, driving Baxter home and giving Niese a 4-0 lead to work with before he even took the mound.

Niese did allow a run to score in the first, which Omar Quintanilla responded to with an RBI single in the top of the third, but the real threat came in the bottom of the third inning. That frame was kicked off by a single, and a 5-pitch walk put two men on base before Niese gave up a 3-run homerun to Aaron Hill, putting the score at 5-4.

Niese got out of the inning without any more damage, and stayed on to pitch another three without incident. Andrew Brown hit a 3-run shot of his own in the top of the seventh and, after the Diamondbacks knocked in one more run in the eighth, Flores launched his first Major League homer in the ninth inning. The Mets won 9-5, taking their second straight series victory as Jon Niese improved to 4-6 on the season.

The Mets traveled out to Los Angeles last night to face a Dodgers team which had won its previous five bouts. The game started quite well as Jennry Mejia threw a 10-pitch, 1-2-3 inning and New York kicked off the top of the second with a pair of singles. John Buck hit a line drive single to center which allowed Davis to make it home from third, and Quintanilla followed with an RBI single of his own to put the Mets ahead 2-0.

Mejia tossed five scoreless innings, and rather efficient ones at that, before he ran into trouble in the sixth. After starting the inning with two singles, he gave up another to Andrian Gonzales which—conjoined with a throwing error by Juan Lagares—scored the first two Dodgers runs and allowed Gonzales to move to third base. Yasiel Puig hit a fly ball for the first out of the frame, but the sacrifice allowed Gonzales to score, putting LA up 3-2.

Carlos Torres took over for Mejia in the seventh, and gave up a solo shot to increase the Dodgers’ lead. The bullpen did not allow another LA run to score, but the Mets’ offense could not rally either and ultimately fell 4-2.

The Mets will try to even the series at 10:10 PM tonight, and will finish it at the same time tomorrow.