Ike Davis made his triumphant return to what should have been an exhausted team last night, and Ivan Nova pitched his first complete game. 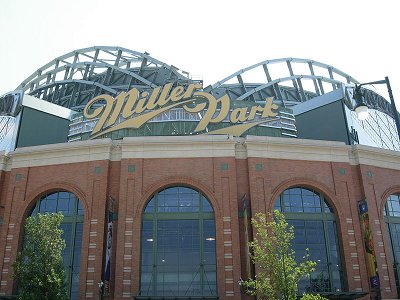 After beating the National League West-leading Diamondbacks 5-4 on Monday, the Mets prepared to face Arizona’s as yet undefeated ace, Patrick Corbin, on Tuesday. Jeremy Hefner held his own, going toe-to-toe for four-and-a-half scoreless innings before an Anthony Recker homerun in the fifth put New York up 1-0.

Arizona returned the favor in the top of the seventh with a solo shot of their own to tie the game. Corbin gave the lead right back on a Josh Satin RBI double in the bottom frame and walked the bases loaded before a 1 hour, 41 minute rain delay ended his night. When play resumed the Mets went to work on the Diamondbacks’ bullpen. Recker singled in another run, and Omar Quintanilla singled in 2 more. Eric Young picked up an RBI on a double, and Juan Lagares rounded out the inning with an RBI single to put New York up 8-1.

Quintanilla found another RBI on a single in the eighth to put the Mets ahead 9-1—a score which would hold through what remained of the night. Hefner earned his third win, and Corbin was credited his first loss of the season.

The team looked as though it would continue this uncharacteristic bout of run support with Matt Harvey on the mound on Wednesday when David Wright and Satin both put up solo shots in the fourth, giving the Mets a 2-0 lead. That lead was given up in the sixth, however, when Harvey gave up a rare 3-run homer.

Harvey’s struggles continued into the seventh, as he gave up an RBI double which knocked him out of the game. A sacrifice fly scored Aaron Hill—who was Harvey’s responsibility—after he left the mound, sending Arizona ahead 5-2. Daniel Murphy struck the Mets’ third homerun in eighth, but it too came without any runners on base. New York fell 5-3, and Matt Harvey was dealt his second loss of the season.

July 4th’s game ended with a similar score, though it took much longer to get there. A Marlon Byrd groundout in the fourth allowed Wright to score the first run of the game, but Dillon Gee gave up the lead on a 2-run single in the fifth. Gee made up for it with an RBI single in the bottom half of the inning to tie the game at 2 apiece and did not allow another run.

Unfortunately, Arizona’s pitching staff performed just as well as Gee and New York’s bullpen after that point, and the game remained tied after regulation. David Aardsma gave up the first run in eight innings when he allowed a bases-loaded walk on four pitches in the top of the thirteenth, but Recker kept the game going with a solo shot in the bottom half.

Arizona scored again on a single in the fourteenth only for Kirk Nieuwenhuis to tie the game once more with his second homerun of the season. The Diamondbacks scored for the third straight inning on a Cliff Pennington single in the fifteenth, and this time prevented another comeback from extending extra innings any further. The Mets lost 5-4, and the series was split 2-2.

Following the disappointing loss, the Mets traveled to Milwaukee to kick off a three-game set last night. Ike Davis made his return from a minor league stint to give the team a boost after its 15-inning ordeal, though they evidently did not need an infusion of much energy. The top of the first saw Kirk Nieuwenhuis work a bases loaded walk and Lagares scored Wright on a groundout to put New York ahead 2-0.

Zack Wheeler allowed 2 runs to score in the bottom of the first, tying the game for a brief period, but Ike Davis collected his first Major League RBI on a single in the second to break the tie. Nieuwenhuis tacked on 2 more with a single to put the Brewers down 5-2. Kirk did it again in the fourth with another RBI single, and Davis would later score on a fielding error to go ahead 7-2.

Wheeler gave up a homerun in the bottom frame, and worked into and out of a bases-loaded jam in the fifth. John Buck picked up an RBI single in the sixth and Greg Burke allowed an RBI double in the bottom of the seventh, making it 8-4. Lagares hit an RBI single in the eighth, as did Davis in the ninth. Nieuwenhuis notched his fifth RBI and fourth hit immediately afterward, and Lagares finished out the scoring frenzy with another RBI single to put the Mets up 12-5. The lopsided victory gave Wheeler his 2nd win.

The Mets hope to continue beating up on the Brewers when they play again at 7:15 PM tonight. They will finish the series at 2:10 PM tomorrow.

Having hammered the Twins 10-4 to end a 5-game skid on Monday, the Yankees were not quite ready to let their bats rest as the series continued on Tuesday. Phil Hughes gave up a run on a Joe Mauer single in the third, but the Yanks claimed the lead in the fifth as Alberto Gonzales drove in 2 runs on a double and Ichiro Suzuki brought him home on a single.

Gonzales struck again with an RBI single in the seventh, and Robinson Cano smacked a 3-run homer to put the Bronx Bombers ahead 7-1. Preston Claiborne took over for Hughes in the eighth and did his job that inning, but gave up 2 runs in the ninth and his replacement, Adam Warren, walked Mauer thus creating a save situation. Mariano Rivera came on to get the last out, which he did, earning his 27th save in the process and helping Phil Hughes and the Yankees win 7-3.

New York’s bats finally quieted on Wednesday, appearing to do a disservice to CC Sabathia who allowed just two runs on a Mauer double in the third and Plouffe homer in the fifth. Fortunately, the Yanks gave him just enough runs to be put in position for a win in the sixth; Cano doubled to bring Ichiro and Brett Gardner home, then scored on a Lyle Overbay sacrifice fly.

CC remained on until the eighth, when he turned the ball over to David Robertson who worked his usual magic. Rivera came out for the final inning and earned his 28th save this season as the Yankees won 3-2. The victory gave Sabathia not only his 9th win of the season, but the 200th of his career, marking a third milestone for the team in its trip to Minnesota.

With three straight victories in Minneapolis, the Yankees were looking for a sweep when they closed out the series on Independence Day.  The fireworks started early, with a Cano sac. fly scoring Ichiro in the first inning, and a Vernon Wells single driving Zoilo Almonte and Travis Hafner home. Wells brought Hafner home again on a double in the third inning and Luis Cruz picking up an RBI single to make it 5-0.

David Phelps gave up a homerun in the fourth, but the Bronx Bombers struck again to put the game out of reach in the sixth. Gonzales singled in a run and Ichiro drove in two more on a triple, then came home on an Almonte groundout to put New York ahead 9-1. Phelps gave up a second run in the seventh before leaving the game, and two more came after he left. The Twins hit another homer in the eighth to make it 9-5, but could rally no further as Phelps earned 6th win and the Yankees swept the series.

The team returned home for another look at the Orioles last night and another start for Ivan Nova. The struggling pitcher gave up 2 runs on a Matt Wieters homer in the second inning, but Nova buckled down afterwards, working up and down the Baltimore lineup with poise. A Cruz single in the fourth brought the game within 1 run, though it would be the last run for either side for some time.

David Adams singled to start the ninth inning, and Gardner reached base behind him on a fielding error. Cano was intentionally walked to load the bases, and Hafner brought home the tying run as he worked a subsequent walk. Wells singled Gardner home to break the tie and give NY a walk-off 3-2 victory.

Ivan Nova stayed on to pitch a complete game and earn his 3rd win in the process. He needed just 102 pitches to make it through all nine innings, struck out a season-high 11 batters and gave up just 3 hits in the process.

Though they remain 5.5 games behind the Red Sox, that win puts the Yankees just half a game behind the Orioles. They will try to capture second place in the division at 1:05 PM today, and will finish the series at the same time tomorrow.