Rangers Fall Short, but Knicks, Islanders and Nets Win Over the Weekend

The Nets and Knicks have now clinched playoff spots, though the Rangers and Islanders are looking much less likely to make postseason appearances. 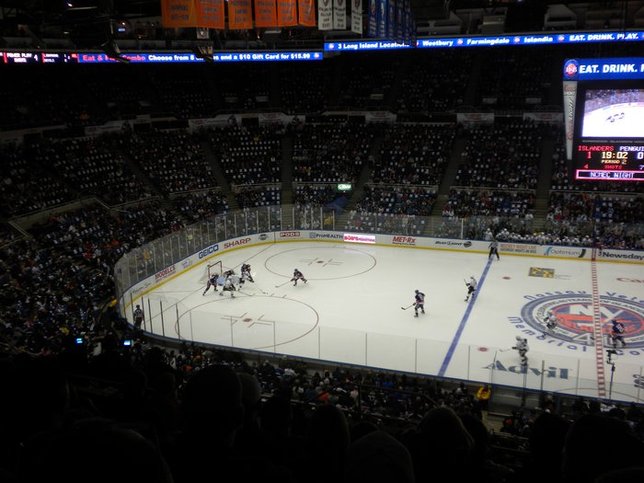 Islanders Beat Panthers
Coming off a week in which they lost all three games played, the Islanders were grateful to see the last team they won a game against on Sunday. The Islanders hosted the Panthers, whom they had narrowly defeated after what has become a characteristic third period collapse ten days ago.

This time around, the Islanders again got off to a good start with a shot by MacDonald putting them up 1-0 early in the first. The score would remain there for nearly the entire night, which meant that for the first game in some time New York did not blow a lead or find themselves completely demolished in the final period. Instead, Tavares and Cizikas knocked in a pair of empty netters in the final 31 seconds to take a 3-0 victory over Florida.

Much of the Islanders’ win can be attributed to Nabokov, who stopped all 26 shots that came his way.

The Islanders will try to build some momentum tonight at 7 o’clock when they face the Capitals.

Rangers Fall to Capitals
The Rangers were less fortunate than the Islanders on Sunday. After losing a meeting with the Panthers last Thursday, they fell short of a win against Washington.

The Capitals got out to a 2-0 lead midway through the first, but Asham and Steppan combined to tie things up before the end of the period. Neither team could muster another goal in regulation, nor in overtime, leading to a shootout which did not go well for New York.

Stepan’s solitary goal in the third round of the shootout could not keep the Rangers alive for very long, as Richards missed an opportunity to keep the game going afterwards and the Capitals took it 2-1 in four rounds. Lundqvist topped 22 of 24 shots before the shootout.

The Rangers will play Philadelphia, the team in last place of the NHL Atlantic division, tonight at 7:30.

Nets Continue Tour of the West
The Nets led for much of what was a close game all night in LA. They entered the half up 2 over the Clippers and extended that lead to 5 by the end of the third quarter, but the spread began to gradually dissipate in the fourth. A poor pass by Deron Williams late in the last quarter was stolen by Jamal Crawford and slammed in to put the Nets down by 4 with less than a minute to go. Brooklyn would lose 101-95.

Five Nets broke into double-digits in their loss to LA. Lopez and Williams both scored 18, while Wallace and Johnson had 15 and Watson shot 10 from the bench.

Sunday’s game against the Suns was colored by two uneven quarters surrounding halftime. After a 25-25 first quarter, the Nets controlled the second, outshooting Phoenix 30-18. The Suns fired right back after the break and actually reclaimed the lead in an equally uneven third. The fourth was much less lopsided, but Williams came up with a big 3 with 5 minutes to go in the game, putting Brooklyn up 90-87 and giving them a lead they would not relinquish. They won 102-100.

Lopez led his team in scoring with 21, and Williams posted an invaluable double-double with 20 points and 11 assists. Humphries and Watson scored 17 and 14 from the bench respectively.

Knicks Rout Raptors
Following a rough tour of the NBA’s Western Conference riddled with injuries, the Knicks have now built a four game win streak. That may not be as impressive as the Heat’s 27 in a row, but it is a large step in the right direction for a team which was struggling in the home stretch of a promising season.

With Carmelo Anthony back from his knee troubles, New York beat the Raptors by 5 in Toronto last Friday. As Toronto followed them back to Madison Square Garden a far less competitive game began. The Knicks led by 4 after the first quarter and were only up by 5 with two minutes left in the half, but New York closed the second period with a 9-2 run that put them up 59-47. Toronto found no more success in the second half, leading to a 110-84 rout by the Knicks.

The dominant performance, which tied the season series between the two teams, was led by Anthony who scored 28 and grabbed 8 rebounds. JR Smith trailed only slightly from the bench, shooting for 25 and snatching 5 rebounds, and Kenyon Martin scored 18 while picking up 7 rebounds.

The Knicks will try to extend their streak when they play the Celtics tonight at 7 o’clock.