The Suffolk County SPCA will be holding a Press Conference at the Town of Babylon Animal Shelter on Friday August 1st at 11am to announce that "Ziggy" has found his "forever home" and will be ... 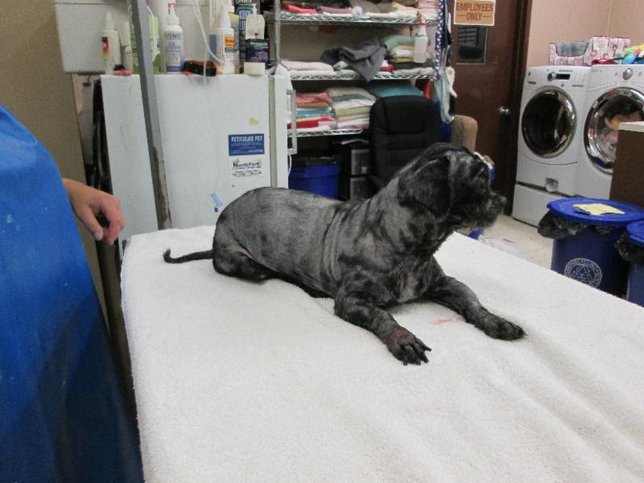 West Babylon, NY - July 31st, 2014 - The Suffolk County SPCA will be holding a Press Conference at the Town of Babylon Animal Shelter, 51 Lamar St., West Babylon, NY on Friday August 1st at 11am to announce that "Ziggy" has found his "forever home" and will be adopted by his new human family.

Roy Gross, Chief of the Suffolk County SPCA said that there is still a $2,000.00 reward for information leading to the arrest and conviction of those responsible for abandoning and neglecting Ziggy.

Babylon, NY - July 23, 2014 - The Suffolk County SPCA is offering a one thousand dollar reward for information leading to the arrest and conviction of the person(s) responsible for abandoning a dog which was turned in to the Town of Babylon Animal Shelter in "horrible condition,"as one shelter worker put it.

Patricia Valusek, Chairperson of The New York State Human Association (NYSHA) headquartered in Kingston, NY, announces an additional $1,000 reward to bring the total reward to $2,000 for the person(s) responsible for this crime.

Roy Gross, Chief of the Suffolk County SPCA said that on July 17th, the Shih Tzu type dog was brought to the shelter so severely matted that it was unable to walk properly. The person who brought the dog in said that he found it in a house he knew was abandoned. The house was located at 131 South 7th Street in the Village of Lindenhurst . Neighbors in the area were canvassed and said that the prior tenants moved out almost a year ago.

Chris Elton, Director of the Babylon Animal Shelter said that it was the worst case of matting on a dog that he has ever seen. The dog, nicknamed "Ziggy," was shaved down at the Babylon Animals Shelter where almost 4 pounds of matted hair was removed from this 11 pound dog with  overgrown nails and a very strong offensive odor.  The dog was brought to NY Veterinary Specialty & Emergency Center in Farmingdale and has to go through extensive physical therapy to learn how to walk correctly again . They are providing this service pro bono. He is estimated to be between 5 and 6 years old.

Anyone with information is asked to call the Suffolk County SPCA at 631-382-7722.  All calls will be kept confidential.