Daniel Sheehan, 50, of Deer Park, has been arrested and charged with attempted extortion by use of an explosive device after placing a homemade bomb packed with roofing nails in the lighting section of the ...

FBI and Suffolk County police have identified the perpetrator of the Home Depot-Black Friday extortion attempt as an employee of the store where a bomb was located on Oct. 15. The joint investigation reveals that Daniel Sheehan, 50, of Deer Park is the culprit of the bomb scare and $2 million extortion plot.

Sheehan was arrested at his home on Half Hollow Road on Wednesday, and is charged with attempted extortion by use of an explosive device.
The official complaint claims that Sheehan placed the bomb at the store and then sent an anonymous letter notifying store management of the location of the bomb in the lighting department, intending to demonstrate his ability to place an explosive device without being detected.  Sheehan used this demonstration as leverage, and in his letter he demanded a $2 million ransom to prevent shutting down all the Home Depots on Long Island on Black Friday, the day after Thanksgiving and the busiest day in retail throughout the year. 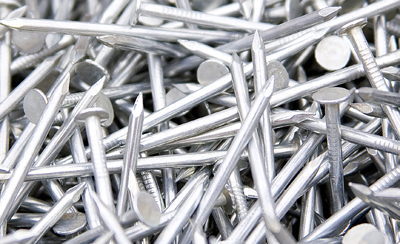 Sheehan threatened to detonate three additional bombs, each packed with a pound of roofing nails, just like the one he planted in the store where he was employed.  Investigators were able to neutralize the bomb Sheehan planted at the Huntington branch through a controlled detonation, according to the U.S. Attorney for the Eastern District, Lorreta E. Lynch.
“He tried to negotiate with Home Depot, but failed to factor in the relentless determination of the dedicated law enforcement team that worked around the clock to foil his plot,” Lynch said.  “Sheehan’s arrest sends an unequivocal message that those who plot against our economy and the people of Long Island will be brought to justice.”
Sheehan appeared before a judge on Thursday at the federal courthouse in Central Islip.  He is being held in police custody without bail.  If convicted, Sheehan could face up to 30 years in prison.
Share your thoughts on this topic by posting your comment below or visiting our Long Island Living discussion forum.