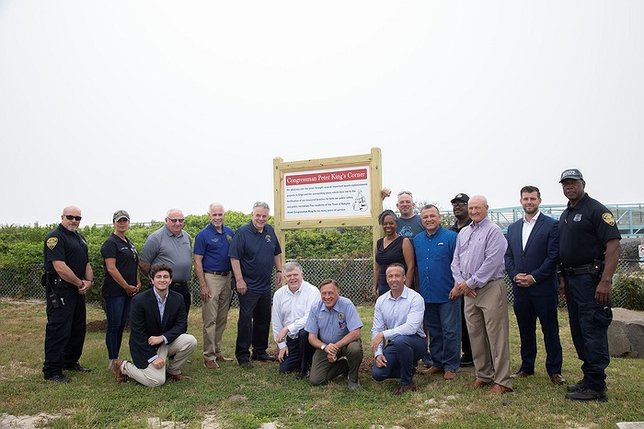 Local and New York State officials and business owners were on hand for the dedication ceremony.

According to a press release by the Town of Babylon, Peter King served fourteen terms in the U.S. House of Representatives, and brought several important beach replenishment projects to Gilgo Beach and the surrounding areas. The congressman’s advocacy has been instrumental in saving the town’s beaches over the years. Following Superstorm Sandy, King led a successful fight in Congress to obtain $60.4 billion in emergency funding for victims of the storm, many of whom reside in the Town of Babylon.

Earlier this year, the Town Board unanimously voted to re-name the Marina after King.