Twenty-nine-year-old Carissa Castillo of Shirley was killed Thursday morning when her sport utility vehicle veered into oncoming traffic and collided with a bus, police reported. 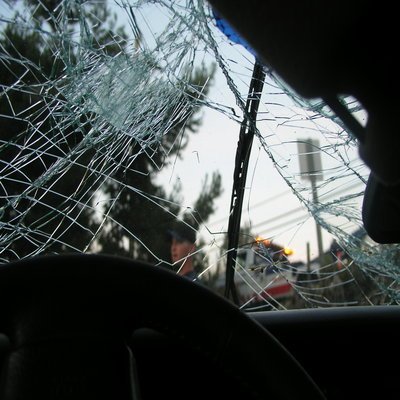 Twenty-nine-year-old Carissa Castillo of Shirley was killed Thursday morning when her sport utility vehicle veered into oncoming traffic and collided with a bus, police reported.

The driver of the bus, George Scheld, 54, of Nesconset, slammed on his brakes in order to avoid hitting Castillo’s vehicle, but could not stop in time.

According to Southampton police, Castillo, a mother of two, was pronounced dead at the scene.

Hampton Jitney co-owner Geoffrey Lynch reported that Scheld was treated for injuries at Southampton Hospital and released; but an attendant, identified by police as Shimona Kameka, 36, of Southampton, suffered a fractured leg. There were no passengers on the bus at the time of the accident.

Littered with debris, the crash caused major delays on Sunrise Highway, which had to be shut down in both directions between Tuckahoe Lane and Tuckahoe Road according to police. The accident also caused delays on Montauk Highway and nearby secondary roads.

Westbound lanes of Sunrise Highway were closed for about nine hours while the crash was being investigated. According to police they reopened just before 4 p.m.

Lynch reported that the bus involved in the accident was headed to Manhattan to pick up passengers.

Share your comments below or on our Long Island Living Discussion Forum,