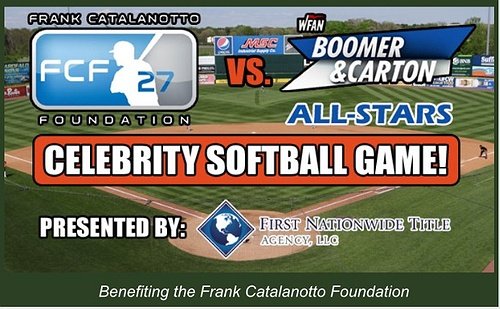 Barbara and Frank Catalanotto, a native Long Islander who enjoyed a 14-year MLB career as a player, started their Foundation out of love for their daughter Morgan. She was born with a vascular birthmark (Infantile Hemangioma) that, if left untreated, could have obstructed her vision. Originally told by physicians "to just wait for it to eventually go away,” the doting parents contacted the Vascular Birthmarks Foundation (VBF). Dr. Linda Rozell-Shannon, President and Founder of the VBF, networked Morgan into an appropriate treatment program in New York State. The Catalanottos were so thankful for the support and referrals from VBF that they established the Frank Catalanotto Foundation and dedicated their mission and purpose to support the work of the Vascular Birthmarks Foundation.

In 2014, the Vascular Birthmarks Foundation celebrated 20 years of helping families affected by hemangiomas, port wine stains, vascular malformations, Sturge-Weber Syndrome, Klippel-Trenaunay Syndrome and other vascular birthmarks and tumors. Approximately 1 in 10 babies are born with a vascular birthmark. An estimated 1% of those birthmarks become problematic, even life threatening, and require medical intervention by a specialist.  VBF has networked the treatment of more than 75,000 children and adults with vascular birthmarks and associated conditions.  Click here for more information.

The family-friendly event, sponsored by the First Nationwide Title Agency, will raise awareness and funds for the Frank Catalanotto Foundation.  They will in turn assist the VBF with their worldwide mission to ensure all families affected by a vascular birthmark receive the proper diagnosis and appropriate treatment. Click here to buy tickets.