Patchogue: The Final Day Of My LI Beer Tour

The last day of my Long Island Brewery Adventure brought me to the epicenter of Long Island craft beer: Patchogue. I clearly saved the best for last. 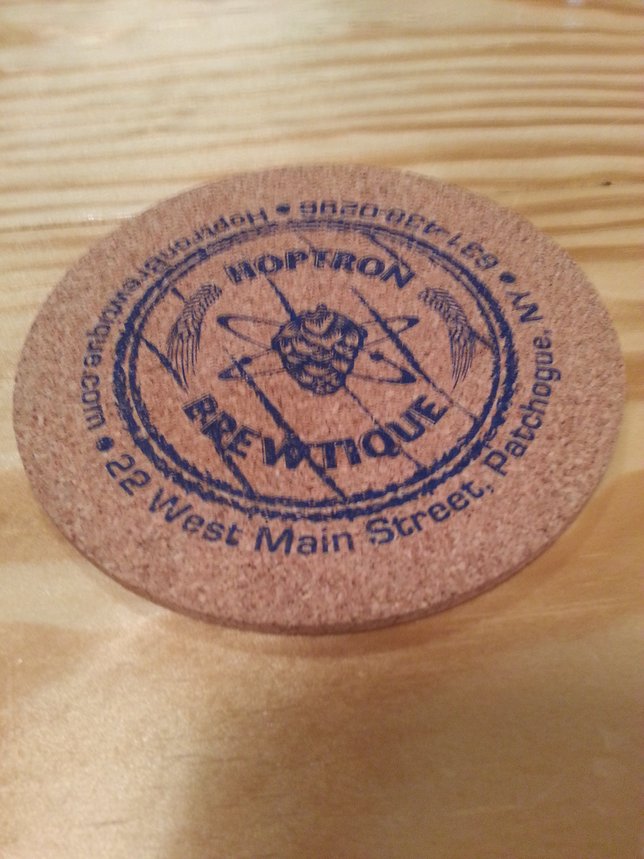 The last day of my Long Island Brewery Adventure brought me to the epicenter of Long Island craft beer: Patchogue. I clearly saved the best for last. This town is bustling with new and old establishments that are jumping on board the local beer band wagon in droves. It began fifteen years ago, when Blue Point Brewery settled down just off of Main Street. Now, Blue Point is easily one of the finest craft breweries in the country, with its flagship beer, Toasted Lager, available in dozens of states. Blue Point is an anchor for Long Island’s beer culture, and is well recognized as the brewery of note east of the New York City border. Patchogue, though, has followed suit, growing in lockstep with the brewery to accommodate the both the beer tourists and the locals who have suddenly grown a taste for the more adventurous craft brews offered by Blue Point and others.

First, let me talk about the brewery itself. Michelle, described on the website as the “tasting room cheerleader,” walked me through the facility. She was knowledgeable, friendly, and it was great to know that the brewery considers having someone like Michelle on board to meet with beer geeks like me.  Blue Point has a 30BBL brew system, similar to the one at Long Ireland, with a massive amount of fermentation capacity, including a 90BBL fermenter. There is also a 22oz. bottling line on the premises, as well as keg fillers and a fair amount of cold keg storage. The brewery in Patchogue primarily handles regional keg and bottle contracts. Blue Point also contracts out with Genesee Brewing Company in Rochester for the bulk of their bottling and canning. The brewery is looking to expand, and is seeking warehouse space somewhere on Long Island to move the 30BBL system out and bring the smaller 15BBL brick system back for smaller, more innovative batches. Michelle admitted that the creativity of the brewers has been hampered a bit by the lack of space for a pilot batch system and a growing demand for the brewery’s established beers. This seems to be offset, however, the Blue Point’s strong support of the island’s burgeoning smaller brewery movement, including hosting the upcoming Cask Ales Festival, which is bringing together all of the exciting  breweries from around Long Island to showcase their most interesting and adventurous beers. Blue Point Brewery has a bright future, a great line of beers, and if you’re a Long Islander, it’s essentially right in your backyard. Go visit!

Also worth mentioning is the Hoptron Brewtique, Patchogue’s newest craft beer mecca. What an absolutely fabulous idea. In the most basic sense, Hoptron is a coffee shop for beer people, but with a local twist. The majority of the taps are from Long Island breweries, giving even the smallest, self-distributing brewers equal space with established ones like Blue Point or Brooklyn Brewery. The owners have a large map of Long Island on the wall, with logos in the appropriate places representing all of the region’s breweries. There is also food provided with various locally-sourced ingredients. The crowd was diverse, the wood aesthetic was visually pleasing, and the beer selection was fantastic. There was even live music, and Battleship, which I am totally guilty of having played. This is an idea whose time has come. I expect to see shops like this spring up in beer towns all across the state.

Overall, I had a great time on the island, and learned a lot about the beer culture that has already been established and is growing exponentially. For my thoughts on the trip, stop in to my blog. Check back at In The Name Of Beer frequently for updates on my ongoing trip across New York. Thanks for reading, and remember to drink local. Cheers!