Crystal has been supporting his hometown of Long Beach since Hurricane Sandy hit. 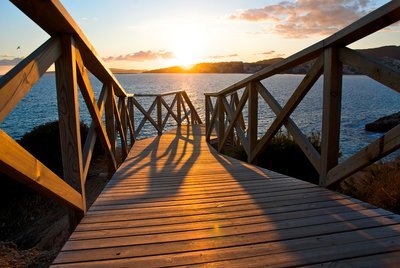 A new commercial campaign for Long Beach tourism will premiere on Friday. The commercials star comedian Billy Crystal, who grew up in Long Beach and has been supporting his hometown since Hurricane Sandy destroyed its boardwalk and many of its small businesses.

“Only 50 minutes to paradise,” the commercial boasts. The city is hoping to attract visitors from New York City, and is working with the LIRR to provide discounted tickets for people travelling to Long Beach by train.

In addition to television commercial, the city’s marketing campaign will also include ads for radio, print, web and billboards. The “City by the Sea” is using these ads to show people the progress they have made since the damages caused by Hurricane Sandy.

According to the city’s website, the entire project cost about $700,000, and about $500,000 of that came from New York State. Bethpage Federal Credit Union and Citigroup both donated $50,000 towards the project.

Recently, Crystal held an event in Long Beach to announce that he had helped raise $1 million for his hometown through fundraising efforts with other celebrities such as Steve Martin, Robert De Niro, Robin Williams and Muhammad Ali.

The city of Long Beach also announced a new website to promote tourism, www.visitlongbeachnewyork.com. The website includes information on events, dining, shopping, hotels and other travel related to-dos in the city. The site’s homepage also has the next available train times from Penn Station and Atlantic Terminal.

The City of Long Beach is still not fully back to normal. Their iconic boardwalk was completely demolished in January, after being rendered unusable due to damages from Hurricane Sandy.

Although a new boardwalk is currently being built by the town, construction has not been able to keep up with expectations over the past few months. A quarter-mile long stretch of the boardwalk is expected to open this month, but some residents are growing anxious as they were expecting the full 2.2-mile long boardwalk to be ready to go by the beginning of summer.

Regardless of the construction delays, the city has made some huge strides forward in their redevelopment efforts, and hopefully this ad campaign will attract new visitors to Long Beach.

You can watch one of the new Long Beach commercials below.

[Source: The City of Long Beach]

Video Courtesy of City of Long Beach, via Vimeo.