Southampton residents will be voting on a proposed tax levy to pay for a $26 million coastal erosion project set to begin later this year.

Following the Southampton Town Board’s unanimous approval of a massive beach re-nourishment project costing $26 million, a special election has been scheduled for February 2 for town residents from two special erosion districts to approve the measure. 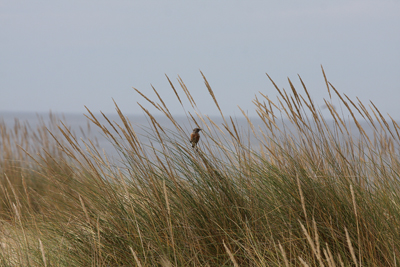 The project will target coastal stretches between Flying Point Road off Mexoc Bay in Water Mill, and Town Line Road in Sagaponack.  The town established erosion control districts in 2010 at the urging of residents who were anxious to mitigate the shrinking beach front.
Back in November, as the communities recovered from Superstorm Sandy, Southampton Town Supervisor Anna Throne-Holst said the project, originally slated for later in 2013, took on a whole new level of urgency.
The project, which involved dredging 2.5 million tons of sands from offshore, will add 60 to 70 feet of beachfront.  Throne-Holst said that it will make the beaches “ look like they did 20 to 30 years ago.”
Southampton Town Chief Environmental Analyst Marty Shea told the Sag Harbor Express, “One of the benefits of this project is the beach re-nourishment is happening in a regional manner, in a coordinated way.” Shea also said that wider beaches withstood the brunt of Superstorm Sandy better than narrow beaches.
Voting centers will be open from 10 a.m. to 6 p.m., and absentee ballots will be available for the summer residents who are out of town mid-winter.
Residents each district will be weighing in on a proposed tax levy, each over $13 million.
Bridghampton erosion district residents will vote on a proposed levy of $13,143,350.  Residents in the Sapaponack district will vote on a proposed levy of #13,364,500.
Share your thoughts on this article by posting a comment below, or by visiting our Long Island Living discussion forum.