President Obama was applauded for designating a new national monument commemorating the Stonewall Uprising of 1969. 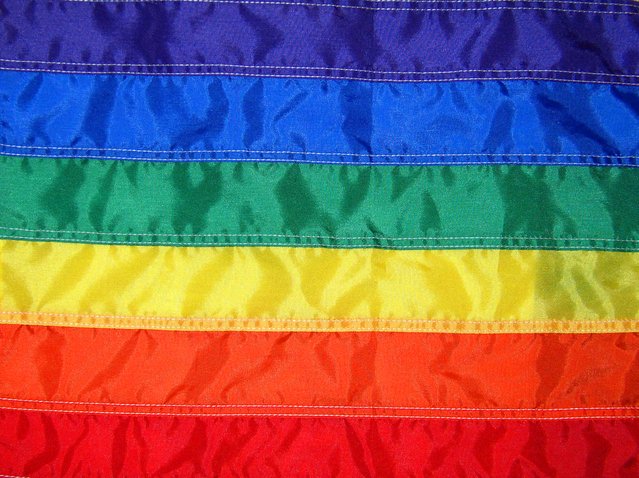 The Stonewall National Monument is the first ever monument to LGBT history in our nation, and will allow visitors and residents to honor the many brave individuals who stood up for their rights then and since.

The Stonewall National Monument is the first ever monument to LGBT history in our nation, and will allow visitors and residents to honor the many brave individuals who stood up for their rights then and since.  Stonewall was a watershed moment in the LGBT civil rights movement—recognized around the world as a clarion call for justice and equality for the LGBT community.

President Obama’s designation is a long overdue testament to the role of Stonewall in the battle for civil rights for all Americans.  The Stonewall National Monument will preserve Christopher Park, located directly across from the Stonewall Inn, and the immediate surrounding area, where the events of the Stonewall Uprising took place in 1969.

“This is a historic day for the LGBT community and there is no better site to serve as the national epicenter for LGBT equality than the Stonewall Inn.  June of 1969 began a long and uphill struggle for LGBT equality, which has made so much progress, but unfortunately still continues today. The Stonewall Uprising  was an iconic and pivotal moment in the essential effort to fully realize America’s founding ideal that we are all created equal. Thank you to President Obama for designating the Stonewall Inn  a national monument; it’s the right thing to do and a momentous occasion for the entire country,” said U.S. Senator Charles E. Schumer.

“Stonewall is finally taking its rightful place in American history, and I am proud to have championed this effort,” said Congressman Jerrold Nadler. “President Obama’s designation of the Stonewall National Monument recognizes that the events of Stonewall launched the modern LGBT civil rights movement here and around the world —like Selma did for racial justice and Seneca Falls did for women’s rights. We are faced with painful reminders daily of how much further we must go to achieve true equality and tolerance for the LGBT community, but honoring and preserving the stories of all of the diverse participants in Stonewall in our National Park System is a clear symbol of how far we have come.  Thank you to President Obama for taking this important step and to my colleagues in government, Senators Kirsten Gillibrand and Chuck Schumer, Governor Andrew Cuomo, Mayor Bill de Blasio, NYS Senator Brad Hoylman, NYS Assemblymember Deborah Glick, NYC Councilmember Corey Johnson and our community partners for their leadership.”

"I applaud President Obama for designating the Stonewall Inn as a National Monument. Now, for the first time, when the National Park Service tells the story of the American people - our culture, our history, our diversity - that story will include voices from our LGBT community. This National Monument designation for the Stonewall Inn is extraordinary news for the LGBT community, for our city, and for the entire nation. I am in awe of all the advocates and activists who have raised their voices for so long to help this historic day come, and I will continue to urge my colleagues in the Senate to pass a bill that would make this designation law," said U.S. Senator Kirsten Gillibrand.

"There is no more fitting location for the first monument to LGBT history than Christopher Park across from the Stonewall Inn. Since 1969, New York has led the nation in the fight for LGBT rights. The Stonewall Uprising sparked a movement that we still feel to this day, and I am proud that we uphold that legacy by continuing to push for equal rights for all New Yorkers. From marriage equality, which I signed into law five years ago today, to groundbreaking hate crimes legislation, to securing and protecting transgender rights, New York is a state of unrelenting progress in the LGBT movement. The Stonewall National Monument will honor that history of progress, and I am proud to have signed legislation to help create a symbol that demonstrates to the world how much we have achieved and how much more we must accomplish for equality for all," said Governor Andrew Cuomo.

“There is no better time to acknowledge Stonewall as a national monument – a place that is central to our history and our values, not only as a city but as a nation,” said Mayor Bill de Blasio. “When the City of New York gave this historic NYC real estate to the federal government months ago, we couldn’t have known how critical this moment would be. Today, the designation of Stonewall Inn serves as both recognition of the bravery of the activists who fought for their right to love, but also as a national embrace of the LGBTQ community after the devastating attack in Orlando. I am proud to stand here today with those who have fought for equality, justice and love at a site that serves as a profound symbol of a painful past, a hopeful future, and the transformative change that happens when New Yorkers take action.”

"The Stonewall Inn is a living, breathing national treasure, as we saw last week when thousands gathered outside its premises to mourn the Orlando tragedy. In good times and bad, Stonewall is the town square for the LGBT community and an important symbol for human rights. It's fitting that President Obama has taken the powerful step of conferring national monument status to it. As a gay dad, I'm proud to have played a role by passing legislation in the State Senate to help make Stonewall national monument status possible so my daughter's generation will never forget the events of June 29, 1969. I'm grateful to Congressman Nadler and Senator Gillibrand for spearheading this effort, along with the National Parks Service, as well as Gov. Cuomo and Assembly Member Glick for providing critical state support and Council Member Johnson and Community Board 2 for their local support," said New York State Senator Brad Hoylman.

“I am thrilled that the President has designated the first ever National Monument in honor of gays, lesbians, bisexual, and transgender Americans here in Greenwich Village, the starting place of the modern LGBT rights movement. June is Pride Month, a time in which the LGBT community celebrates, and this recognition well deserves our celebration. I have worked with my colleagues on the City, State, and Federal levels for over a year, and this is a wonderful culmination of this collaborative effort. I want to particularly thank Congressman Nadler, who has been stalwart leader in Washington which allowed this to come to fruition,” said New York State Assemblymember Deborah Glick.

“This is a profound achievement for the LGBTQ community that will be felt around the world,” said Council Member Corey Johnson. “Because of this momentous designation, the struggle for equality that our community has waged for generations will be further cemented in our nation’s history. Christopher Park and the Stonewall Inn are iconic symbols of civil rights, and they have been destined to become part of our National Monument system since 1969. I want to thank President Obama and all who have worked so hard to achieve this designation, particularly Congressman Jerry Nadler, who has been an outstanding leader in this endeavor.”

“The Stonewall Inn is sacred ground in the ongoing fight for freedom, justice, and equality. I am thrilled with President Obama’s decision to honor these efforts by naming Christopher Park the first National Monument which recognizes the LGBTQ community’s long struggle for equal rights. Over the last four decades, this site and the surrounding area have served as a gathering place and rallying point for our City’s LGBTQ community. Today’s decision elevates the Stonewall Inn into a national beacon of hope,” said New York City Comptroller Scott M. Stringer.

“The Stonewall Rebellion is a rarity – a tipping point in history where we know, with absolute clarity, that everything changed,” said Manhattan Borough President Gale A. Brewer. “This site has a unique place in American history and the struggle for dignity and equal rights in our society. I thank President Obama for making this site the first National Monument dedicated to the LGBT community, and congratulate Congressman Nadler and all of our colleagues who worked together to make this possible.”

“Stonewall has been a beacon for liberation since the events of the Uprising took place, and it is also a gathering place and landmark for our entire community.  Today’s designation adds official recognition to what we already know in Community Board 2—this place is a national treasure,” said Manhattan Community Board 2 Chair Tobi Bergman.  “Thank you to President Obama for designating this monument, to Congressman Nadler for his leadership, and to our local elected officials, State Senator Brad Hoylman, Assemblymember Deborah Glick and Councilman Corey Johnson for their advocacy.”

“There are places in America so powerful, they helped shape our nation’s history and culture, and must never be forgotten,” said Theresa Pierno, President and CEO for National Parks Conservation Association. “Stonewall Inn, and the area surrounding this historic site, is one such place. And it deserves national park status to ensure this important story is told and its history preserved for generations to come. We commend U.S. Congressman Nadler for his leadership, determination and tremendous political support in helping to advance the national park for Stonewall campaign.”

BACKGROUND:  The designation of the Stonewall National Monument was carried out by President Obama under his executive authority.  Building support for a national monument at Stonewall and making designation possible was a multi-step, multi-level process.  Congressman Nadler helped lead the national campaign to create a new unit of the National Park Service at Stonewall and was the author and lead sponsor of H.R. 4230, to establish a national monument at Stonewall. Senators Gillibrand and Schumer sponsored companion legislation in the U.S. Senate, S.2386.  In order to make designation of the monument possible, Mayor Bill de Blasio approved the transfer of New York City park land at Christopher Park to the federal government for the purposes of creating a national park, with the support of Councilman Corey Johnson and the New York City Council. Approval of the transfer was made feasible by state legislation sponsored and championed by New York State Senator Brad Hoylman and New York State Assemblymember Deborah Glick and signed into law by Governor Andrew Cuomo.