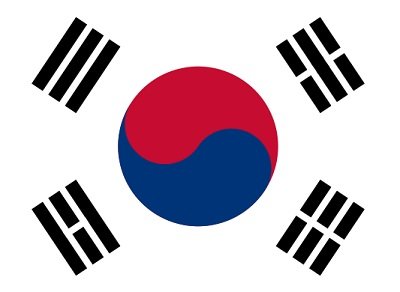 Of the two countries which occupy the now divided Korean peninsula, it is the sabre-rattling neighbor to the north which usually makes headlines. When some facet of South Korea does draw attention in the US, it is often in regards to the newest gadget being produced by one of the nation’s two electronics giants, or Apple’s latest lawsuit to block Samsung phones and tablets from hitting store shelves. However, a new chapter in South Korean history opened as Park Geun-hye took office in Seoul yesterday.

The daughter of Park Chung-hee, an authoritarian ruler who controlled the South for 18 years after a military coup in 1961, Ms. Park has a long history with South Korea’s equivalent of the Oval Office. She served as a sort of first lady when her mother was assassinated in 1974, and left her childhood home in tears after Park Chung-hee was killed by his own chief security officer five years later.

Now that she has returned to the Blue House on the heels of a narrow election victory, Korea’s first female president aims to relive one of the more positive aspects of her father’s regime. She hopes to relieve her country’s current economic stress by creating a second Miracle on the Han—the term given to South Korea’s rise from its post-war shambles to comparative prosperity. Many of her challenges mirror those currently faced by the United States: there is a growing gap between rich and poor, a plague of household debt, a stagnant real estate market, youth unemployment, and small businesses struggle against the onslaught of large corporations.

Exports, which make up more than half of the South Korean economy, have  recently slowed largely due to the fact that the Korean won has risen in value while the Japanese yen has weakened, causing a shift in American and European buying habits.

"One of my critical economic goals is to ensure that anyone who works hard can stand on their own two feet and, through the support of policies designed to strengthen small and medium-sized enterprises, such business can prosper alongside large companies," said Ms. Park.

Of course, she will also have to be weary of Kim Jong-un and the DPRK’s nuclear program as well. In her inaugural address, President Park stated that "North Korea's recent nuclear test is a challenge to the survival and future of the Korean people… Make no mistake, the biggest victim will be North Korea itself."

She went on to say that she will not stand for any action from Pyongyang which threatens Seoul, but that she would be open to a softer approach toward the North of they were to abandon nuclear testing and work toward peace.

The next five years will prove a long, hard road for Park Geun-hye, but for today, at least, she and her people can revel in the inaugural pageantry of South Korea’s new leader.