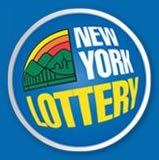 Schenctady, NY - October 10, 2014 - The New York Lottery today began rolling out promotional materials for the MONOPOLY MILLIONAIRES’ CLUB, a new multi-state draw game that promises to make more and more millionaires. The move affects close to 18,000 Lottery licensees statewide who will begin selling tickets for the $5 multi-state lottery game on October 19. The debut drawing will take place on October 24.
Lottery customers at retail locations licensed to sell Lottery products will begin seeing messages announcing the imminent arrival of the MONOPOLY MILLIONAIRES’ CLUB game on the Lottery’s network of in-store display monitors as early as today.
New York is one of 23 lotteries across the country making final preparations to launch the new MONOPOLY MILLIONAIRES’ CLUB game that offers multiple million dollar prizes in conjunction with a Top Prize that is capped at $25 million. Ten additional states have announced plans to join the multi-state game in the coming months.
With three different ways to win, the MONOPOLY MILLIONAIRES’ CLUB game is the first game to combine a multi-state lottery game with the fun and entertainment of a national television game show featuring players selected from lottery ticket holders who have registered their tickets online or via a smartphone app.
New York Lottery Director Gardner Gurney said the new game is unlike any other draw game ever offered in the Empire State. “New York Lottery players can win the Top Prize (up to $25 million); become one of the many, randomly-selected $1 million winners when another player wins the Top Prize; or register a ticket online to build their own MONOPOLY brand themed property sets. Each completed set will earn them entry into a drawing for a chance to appear on a nationally televised game show to be hosted by comedian and actor Billy Gardell (“Mike & Molly,” “You, Me and Dupree”).
The unique design of the MONOPOLY MILLIONAIRES’ CLUB lottery game is expected to generate more simultaneous millionaires than any other game in lottery history. With the draw taking place on Friday evenings at 11:15 p.m. Eastern, players across the country will have a weekly opportunity to wake up a millionaire. In early 2015, the “MONOPOLY MILLIONAIRES’ CLUB” television series will welcome players from participating states to its studio audience in Las Vegas where they will compete before a live audience to win $1 million.
The MONOPOLY MILLIONAIRES’ CLUB lottery game is a response to wishes of lottery players who said that they would like a game with more substantial winners than just one or two enormous jackpot winners.
On each ticket in the MONOPOLY MILLIONAIRES’ CLUB lottery game, there will be a unique code that players can use to register their tickets online for a chance to appear on the television show. Thousands of players will win a five-day, four-night trip for two to Las Vegas to join the show’s studio audience of other players. Some studio audience members will be selected at random to compete on the television show. Contestants on the show will play a series of games with a MONOPOLY theme, each of which will offer cash and other prizes valued up to $100,000. A final round will offer one player on each episode a shot at $1 million.
About the New York Lottery
The New York Lottery continues to be North America’s largest and most profitable Lottery, contributing $3.17 billion in fiscal year 2013-2014 to help support education in New York State. The Lottery’s contribution represents 15 percent of total state education aid to local school districts.
New York Lottery revenue is distributed to local school districts by the same statutory formula used to distribute other state aid to education. It takes into account both a school district’s size and its income level; larger, lower-income school districts receive proportionately larger shares of Lottery school funding.
About the New York State Gaming Commission
The New York State Gaming Commission regulates all aspects of gaming and gambling activity in the state, including horse racing and pari-mutuel wagering, class III Indian gaming, video lottery terminal facilities at race tracks, the state lottery and charitable gaming.
The MONOPOLY name and logos are trademarks of Hasbro. The distinctive design of the gameboard, the four corner squares, the MR. MONOPOLY name and character, as well as each of the distinctive elements of the board and playing pieces, are trademarks of Hasbro, Inc. for its property trading game and game equipment. ©1935, 2014 Hasbro, Pawtucket, RI 02862. All Rights Reserved.