The Mets and Yanks both found great success in calling up minor league players against division rivals this week. 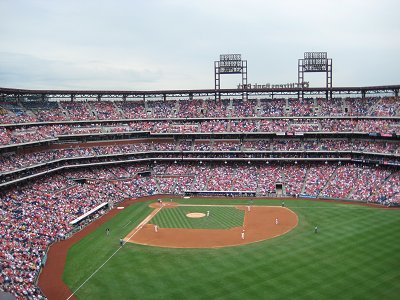 The Mets suffered a tough loss in the wee hours of Tuesday morning when Dillon Gee could not find any run support outside his own bat, but the team was able to lend Matt Harvey a hand for the day’s afternoon game. Marlon Byrd started with an RBI single in the third inning, and John Buck knocked in his 12th homerun of the season in the fourth to put New York up 2-0 over Atlanta.

Byrd came home himself on a bases loaded walk in the eighth, and Omar Quintanilla’s sacrifice fly drove in Lucas Duda shortly afterward. Harvey, who struck out 13 through the first 7 innings, loaded the bases to start the bottom half of the eighth. He was taken out and while the bullpen did allow all three of his runners to score, they also prevented any further damage, preserving the Mets lead at a score of 4-3 which held through the ninth inning. Matt Harvey earned his 6th win of the season and Bobby Parnell collected his 10th save.

Having given Harvey just enough support to pick up a win, the team stepped its offense up a bit further when their top pitching prospect, Zack Wheeler, made his Major League debut for Tuesday’s night cap. The game was scoreless after six innings, but an Anthony Recker homer in the top of the seventh put the Mets up 2-0 and put Wheeler in line to win his first game in the MLB. Brandon Lyon gave up a run in the bottom of the inning, but allowed no further injury to the scoreboard.

The Mets put some distance between themselves and the Braves in the eighth when Byrd scored on a throwing error early in the inning. Juan Lagares would later hit an RBI single, and Quintanilla drove in two more runs with a single to put the Mets up 6-1. Wheeler got the win and the Mets took 2 out of 3 games played to completion within a single 24 hour period.

Unfortunately, New York would not have as dominant a pitching performance when Shaun Marcum took the mound on Wednesday. Marcum gave up a 3-run homer in fourth inning, but the deficit was erased in the top of the fifth by virtue of a throwing error which allowed Byrd and Duda to score, and set  Kirk Nieuwenhuis up for an RBI single. The Mets would not score again, however, and Marcum allowed two more runs in bottom of the fifth on a wild pitch and a BJ Upton double. Still winless, he would collect his 9th loss as the Mets fell 5-3.

David Wright started Thursday’s finale to the 5-game set with a bang, sending his 10th homerun of the year deep to left field. The 1-0 lead was quickly undone by a Justin Upton RBI single in the bottom of the first, and reversed when Jon Niese gave up 2 more runs in the third. Wright cut the deficit to 3-2 with another solo shot in the fourth and Andrew Brown tied the game in the fifth with the Mets’ third homer of the night. Josh Satin scored the go-ahead run with a double in the seventh, putting New York up 4-3. The bullpen, which took over when Niese left on a shoulder injury in the fourth inning, held the Braves down, giving the Mets a 4-3 win for the game and 3-2 series victory.

Having dealt a few blows to the NL East-leading Braves to start the week, the Mets traveled to Philadelphia last night hoping to gain a little ground on the team currently in third place. Those plans appeared ill fated when Philly drove in 3 runs in the second, but New York would not be so easily denied.

Wright scored the team’s first run on a single which brought Eric Young home in the fourth, and Young hit a 2 RBI single in the fifth, driving in Lagares and Quintanilla.  Tied 3-3, Lagares scored the go-ahead in the sixth on an RBI double, giving the Mets what would prove a decisive 4-3 lead. Jeremy Hefner got the win, and Bobby Parnell grabbed his 12th save.

Game 2 between the Mets and Phillies will start at 4:05 PM today.

The first of a two-game series against the Dodgers was rained out on Tuesday, forcing a day-night double header to take place on Wednesday. Lyle Overbay gave the Yankees a 2-0 lead with a double in the second inning of Game 1, which Ichiro Suzuki added to via a solo shot in the sixth. Kuroda gave up 2 runs in the seventh, but the team added some insurance in the bottom of the inning. Vernon Wells reached base and Jayson Nix scored on a fielding error followed by a throwing error by Dodgers’ pitcher Ronald Belisario, and Ichiro drove in 2 more runs with a single to put the Yanks up 6-2.

Those runs proved vital as LA added two more in the eighth inning, but they could not best Mariano Rivera to do any further damage in the ninth. Kuroda got his 7th win, Rivera picked up his 25th save, and the Yankees won 6-4.

The Bronx Bombers’ bats fell silent in the second game of the day, however, and the Dodgers got to Phil Hughes early. A pair of RBI singles in the first inning put New York down 2-0, and an RBI double in the third buried them even further. Hughes gave up 2 more runs in fifth, and Yasiel Puig smashed one out of the park after Adam Warren took over in the seventh inning. LA shut out New York 6-0.

Following the split with their former crosstown rivals, the Yankees started a four game series with current divisional rivals on Thursday. Andy Pettitte allowed the Rays’ first run on a sac. fly in the second inning, then allowed 2 more to score in the third, putting Tampa Bay up 3-0. Evan Longoria added to the lead with a homerun in the sixth, before the Yanks brought 3 runners home in the bottom of the frame.

After closing the gap to 4-3, however, New York could not manage to score any more runs and Tampa collected another 4 against their bullpen. The Rays won 8-3.

The Yanks bounced back last night, starting with a Robinson Cano sacrifice fly in the bottom of the first which drove in Brett Gardner. Tampa tied the game on a Ben Zobrist single in the third, but an Ichiro groundout in the bottom of the inning allowed Austin Romaine to come home, putting New York back up 2-1.

Tampa tied the score again in the fourth, only for Jayson Nix to break it once more by grounding into a double play which allowed Travis Hafner to make it safely home from 3rd.  David Adams followed with an RBI single to give the team a 4-2 lead. Zoilo Almonte, who made his first Major League start in left field, added to the spread with a solo shot in the sixth inning as the Yankees went on to win 6-2. Rivera successfully closed out the game in a rare non-save appearance.

New York still trails Boston by 3.5 games and remains 1.5 behind Baltimore, but will try to close some of the distance when they play Tampa again at 1:05 PM today.