A Mixed Bag for the Yankees; Football Fans Rejoice

The Yankees have ridden a roller-coaster of a postseason as New York's NFL teams make early efforts to cement a place in their own.

The week kicked off with a relative high for the Yankees, taking three of five games from American League East rivals, the Baltimore Orioles, in the Divisional round of the playoffs. Despite a floundering offense, the team managed to piece together enough runs behind a consistently strong performance from nearly their whole pitching staff to move on to the AL Championship series.

Perhaps the most exciting moment of the Yankees’ postseason came at the end of Game 3 against Baltimore. Down 1-2 in the bottom of the 9th inning, manager Joe Girardi decided to pinch hit for a struggling Alex Rodriguez (who has only 3 hits in his 23 at bats this postseason)  by subbing in 40-year-old Raul Ibanez. Ibanez rocketed one out of the park to tie the game then, in even more stunning fashion, gave an encore in the 12th inning with a walk-off homer to win the game and turn the tide of the series in the Yanks’ favor.

Since beating the Orioles, New York has struggled to garner much enthusiasm from the home crowd. In game 1 of the ALCS against Detroit, they were held scoreless through eight innings while the Tigers put up two runs in the 6th and another pair in the 8th.

Raul’s late-inning heroics were on display once more as he drove in the final two runs of a 4-run rally in the 9th to once more force extra innings, but this time it was Detroit who put up one more two-run inning in the 12th to win the game. Worse yet, team captain Derek Jeter fractured his ankle during extras—an injury which will take roughly three months to recover from and ends the shortstop’s season.

The Yankees went on to be shut out in Game 2, losing 0-3 and falling behind 0-2 in this best-of-seven competition. In order to bring the series back home, they must win at least two of three in Detroit. Game 3 will start tonight at 8:00 pm, with Phil Hughes starting against Justin Verlander.

After several weeks of poor play and losses, the Jets have reversed their fortunes with a blowout of a previously surging Colts team which just came off an upset of the Green Bay Packers. In their 35-9 victory, starting quarterback Mark Sanchez went 11 of 18 for 82 yards and two touchdowns with no interceptions, while Tim Tebow completed his only attempt to Nick Bellore for 23 yards.

Most of the damage was done by the running game, particularly in the performance of Shonn Greene who rushed for a career high 166 yards and three touchdowns.

The Jets’ defense was in top form. They not only held the Colts to a mere three field goals, but forced four turnovers including two interceptions. Andrew Luck was held to a completion percentage of only 50%.

With the Patriots losing their game against the Seahawks and wins from the Bills and Dolphins, the entire AFC East now stands tied with every team at 3-3. The Jets play the Patriots this Sunday at 4:25 pm.

Despite a slow start for both offenses, the situation was looking rather grim early on for the Giants. The 49ers struck first with a field goal during a first quarter in which their defense would hold Big Blue to a single first down. 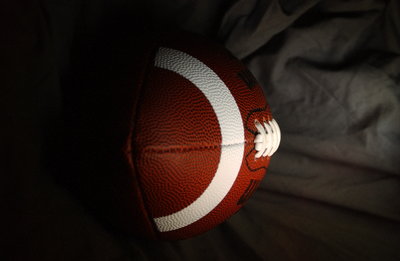 The second quarter saw a change in pace as Prince Amukamara picked off Alex Smith, ultimately leading to an Eli Manning to Victor Cruz touchdown which put New York up 7-3. Smith would go on to throw two more interceptions to Antrell Rolle in the third quarter, both of which led to Tynes field goals.

Lawrence Tynes went 4 for 5 in field goal attempts, contributing 12 points to the Giants’ lead. Manning’s connection to Cruz was his only touchdown as he threw for 193 yards in completing 15 of 28 attempts with no interceptions. Ahmad Bradshaw rushed for 116 yards and a touchdown of his own.

The Giants’ defense put on an even more sensational show. Not only did they muster three picks of Alex Smith, but they kept the 49ers to a single field goal and sacked their opponent’s quarterback six times.

This 26-3 victory over the 49ers was the second in a row for the G-men, as they won 20-17 in last year’s NFC Championship game before moving on to win the Super Bowl. With it, and losses from both the Eagles against Detroit and the Cowboys against Baltimore, the Giants move to 4-2 on the season and sole possession of first place in the NFC East.

The Giants play the division-rival Redskins at 1 pm on Sunday; both of their losses this season have come at the hands of NFC East teams.