Schumer Seeks to Crack Down on Adderall Use on College Campuses, Minimize "Academic Doping"

Schumer is asking colleges and universities to implement new standards for diagnosing and prescribing medicine for ADD/ADHD to make it more difficult for students to obtain drugs like Adderall and Ritalin to use illicitly for ... 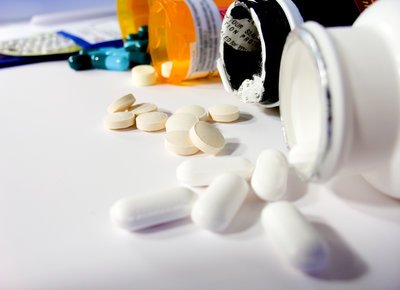 Senator Charles Schumer is asking college campuses to crack down on so-called “study drugs,” such as Adderall and Ritalin, which have become popular among college students to help them stay up late to study and work on assignments.

To do this, Schumer is pressing New York colleges and universities to “implement new standards that would make it more difficult for college students to acquire amphetamine-based drugs like Adderall without a legitimate diagnosis and prescription,” according to a press release.  Currently, students can be diagnosed with ADD/ADHD by their school medical center and be prescribed the drugs without having to leave campus.

Schumer is asking schools to do a full work-up on students and gather their medical history so that they can weed out those who are trying to obtain the stimulant but who do not have ADD/ADHD.  If schools cannot provide these services, the senator recommends that they not diagnose the condition or prescribe medication at all, and instead direct students to off-campus mental health professionals.

According to studies, prescription medication for Attention Deficit Disorder and Attention Deficit Hyperactivity Disorder (ADD/ADHD) are commonly abused at colleges.  It was found that between 15% and 35% of college students without ADD/ADHD have illegally taken the drug as a “study tool.”

Stimulants prescribed for ADD/ADHD also carry a high risk for dependence and addiction, and when combined with alcohol or marijuana, they can result in dangerous side-effects such as hypertension and seizures.

“When used properly to treat a legitimately diagnosed attention disorder, drugs like Adderall and Ritalin can help students focus and learn, but all too often these cases are the minority on college campuses. Plain and simple: using Adderall as a study drug is academic doping, and what’s more, it can lead to abuse and serious negative effects like depression, anxiety, and in some cases, psychosis,” said Schumer. “That’s why I’m asking New York colleges to help raise awareness of the potential for abuse and tighten the controls on the diagnosis and prescription of these drugs, by looking at what resources they have and restructuring their current programs to crack down on fakers. This is a matter of student health, safety, and academic integrity, and we need to look at all the options when it comes to keeping potentially addictive stimulants out of the hands of our students who don’t really need them.”

To help students who are in need of study help, Schumer recommends that schools offer time-management and procrastination workshops, and a preventative program for freshman orientation that explains the dangerous side-effects of stimulant abuse.