Legislation Would Allow Anyone With A “Carry Permit” From Any State To Carry A Gun Anywhere in U.S, Including NYC -Many States Hand Out Carry Permits With Virtually No Background Checks Or Restrictions. 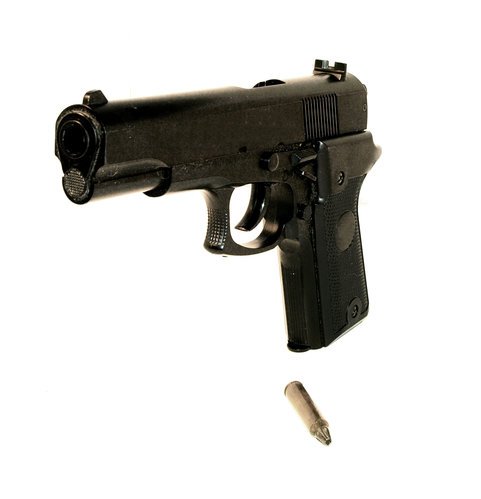 New York, NY – April 15th, 2013 – U.S. Senator Charles E. Schumer today warned about a dangerous proposal that would override New York’s tough conceal and carry restrictions which will be considered by the United States Senate as early as this week. The legislation would force communities across the nation to permit individuals from other states to carry hidden and loaded handguns in public. The amendment is particularly dangerous to New York, which applies some of the most thorough background screenings on concealed carry permit applicants in the country. Schumer said that many states have weaker conceal and carry laws.  This means New York would be swamped with armed individuals from out of state carrying hidden and loaded firearms that would risk the safety of residents, families and law enforcement officials.

“This amendment will seriously undermine New York’s strict gun laws, putting residents and law enforcement in harm’s way,” said Schumer. “Given the gun violence we see all over our nation, it’s disheartening that some want to amend the gun safety legislation in such a way that would ultimately allow individuals to carry guns virtually anywhere in the country.”

The National Concealed Carry Reciprocity amendment would override measures already enacted by various states throughout the country because it would force states to recognize concealed carry permits granted by other states, even if the permit holder would not be allowed to carry or posses a gun in the state where the individual is traveling.

Some states have voluntarily entered into reciprocity agreements with other states and many states may have weak standards for granting permits to carry a concealed, loaded gun in public. For instance, Florida has granted permits to 1,400 people who plead guilty to felony crimes and ten states will grant permits to individuals with no firearms safety training.

In some cases, it’s possible that criminals may exploit agreements with states with weaker standards. For example, the number of Texans who obtained permits from Utah (a state with weaker standards) more than doubled from 2,173 in 2009 to 5,678 in 2010 and more than 70 percent of Utah’s concealed weapons permit were issued to non-residents.

Schumer today explained that this amendment would create serious problems for law enforcement officers, who are unable to verify permits granted by other states because there is no national database. It would make it much more difficult to distinguish a legal handgun from an illegal handgun, putting law enforcement at danger especially at traffic stops. In addition, some states do not reliably track permit information. Schumer also noted that this amendment would have the greatest impact on the 36 states, including New York, which do not grant any reciprocity or only grant reciprocity to select states.

Schumer has a strong track record for fighting similar Concealed Carry measures. In 2009, Schumer led the push against a similar measure in the Senate’s Defense Authorization bill. The amendment was not passed.