Two current and two former Yankees have had their names linked to a massive PED operation and could face major penalties. 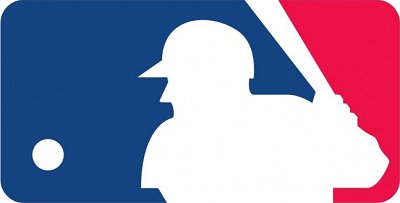 In January of this year Yankees’ third baseman Alex Rodriguez was accused of obtaining performance enhancing drugs from the Biogenesis anti-aging clinic in Florida. The accusation made national headlines, but Major League Baseball has not yet taken action against A-Rod or any of the other players who appeared in the clinic’s records. That lack of censures was due in large part to uncooperativeness on the part of Biogenesis’ owner and chief, Anthony Bosch, whose testimony would go a long way in confirming which players obtained PED’s from his practice; Bosch has since proven unable to afford the legal counsel necessary to defend himself from the MLB’s subsequent lawsuit and is now willing to cooperate in exchange for having the suit dropped.

Bosch will reportedly confirm the accuracy of records implicating numerous baseball players and turn over any materials which could help the league pursue its case against players who used steroids. In exchange, the MLB will drop its case against Bosch and Biogenesis, offer a positive word on his behalf should he face any legal ramifications, and even provide personal security.

Around 20 players have already been connected to the scandal, and there is a possibility that more will come to light as Bosch clarifies his records for the investigation. Among those who have already been named are Rodriguez and Yankees’ catcher Francisco Cervelli. Both men are currently out with injuries, but could see their time off the field extended by a 50 game suspension should the league feel it can prove they used banned substances. Former Yankees’ pitcher Bartolo Cólon, who signed with the Oakland A’s in 2012, and catcher Jesus Montero, who was traded to the Seattle Mariners in 2012, have also been mentioned in reports linking players to Biogenesis.

All involved could face the same 50-game suspension as part of the MLB’s drug policy for first-time offenders, though there is a possibility that Rodriguez could suffer a 100-game suspension issued to repeat offenders as he has admitted to steroid use in the past without receiving any punishment. Cólon began a 50-game suspension in August 2012 after testing positive for testosterone.

When asked about the situation, Yankees’ outfielder Vernon Wells said “Everything right now is speculation until MLB does something. We'll see what happens, what comes out and what MLB does. We can all sit here and wonder, guess who's going to be on there and what the ramifications are going to be, but until something happens, there's really nothing we can say.”

The Players Association is expected to appeal any penalties handed down as a result of the current investigation. Other players who have appeared on Biogenesis documents include Nelson Cruz, Ryan Braun, Jhonny Peralta, Everth Cabrera, Melky Cabrera, Jordan Norberto, Fautino De Los Santos, Yasmani Grandal, Fernando Martinez, and Cesar Puello. If the MLB does suspend all involved it could be the largest, most sweeping punishment ever handed down as a result of performance enhancing drugs.