Four Long Islanders were charged with hazing and serving alcohol to underage teammates at a hazing initiation event for SUNY Geneseo's volleyball team. 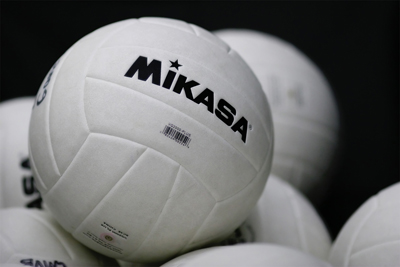 Eleven SUNY Geneseo female volleyball players, including four from Long Island have been charged with hazing and serving alcohol to minors. The 2012 fall season, including practices, tournaments and scheduled meets have all been canceled due to the incident that took place off campus as part of an “initiation” event.
“While we are disappointed having to take this action, it has become clear to us in our discussions with student-athletes that our students are well aware of the expectations we have of them as stated in the Intercollegiate Athletics Code of Conduct,” reads part of the College Statement posted online by the school shortly after the incident.
The four Long Islanders, including three current members and one former member, are Noelle Morrison, 20; Carissa Gagliardi, 19; Megan Johnson, 19; and former teammate Laura Rehab, 21.

According to a statement made by the Geneseo Village Police, the hazing victims were blindfolded and handcuffed.  The team members were forced to consume alcohol, which resulted in one team members hospitalization.  University Police were the first to hear about the incident, but since it occurred off-campus, they notified the Village Police.

On Friday, SUNY Geneseo’s President Christopher C. Dahl, posted a statement about the incident on the school’s website saying that the actions of the team put lives at risk.  “Given what I have learned about these allegations, I strongly condemn the irresponsible behavior these students allegedly engaged in and will not tolerate it from any of our students. Unfortunately, it's a problem that much too often permeates the higher education community,” Dahl said in a statement.
The college will conduct it’s own internal investigation to determine the penalties the involved players will be facing.  In recent years SUNY Geneseo has participated in many anti-hazing conferences and has established its own “Stand Up for Geneseo” website last year for the purpose of providing students a platform to report incidents such as hazing.
Share your thoughts on this article by posting your comment below or visiting our Long Island Living discussion forum.