Over 100 people were injured during the storms. 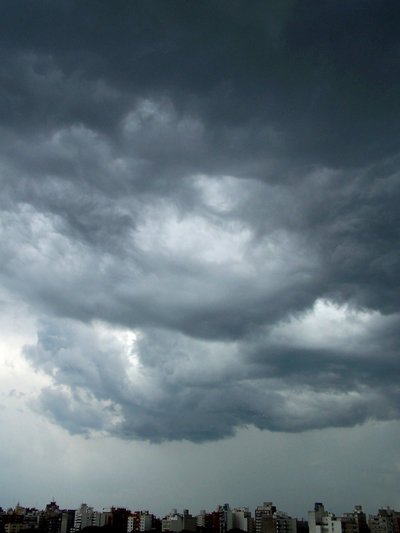 Nine people died and over 100 people were injured after a series of tornadoes and storms ravaged Oklahoma City and the surrounding areas on Friday.

The area sustained heavy water damage when torrential downpours continued for hours after the tornadoes hit. According to a report from Newsday, a total of 104 people were injured during the storm, most of them were in vehicles during the Friday evening commute.

The storm passed between El Reno and Yukon, following along the path of Interstate 40 for more than two miles. Over eight inches of rain hit the area as well as hail and high winds.

Oklahoma City is still reeling after the recent tornado that hit the suburb of Moore, killing 24 people and causing extensive damages. Although Friday’s tornadoes were not as severe as the one that hit Moore, the flooding from the heavy rain was much worse. Moore was in the tornado warning zone on Friday, but the town did not sustain major damage.

Meteorologists said that it is still unclear how many tornadoes actually touched down on Friday. The heavy rain made the tornadoes difficult to spot, especially for motorists, making the storm extremely dangerous. Among the nine dead during the storm were a mother and baby found dead in a car.

Will Rogers World Airport was also damaged by the flooding. Flights did begin to resume on Saturday. Over 86,000 homes were left without power.

St. Louis and other areas of Missouri were also hit by the storm, causing major damage to schools and neighborhoods.

Due to colder weather, the tornado season has gotten off to a late start in the Midwest – it usually begins in March and continues for a few months after. A cold front is currently moving through the area, lessening the chances of severe weather.