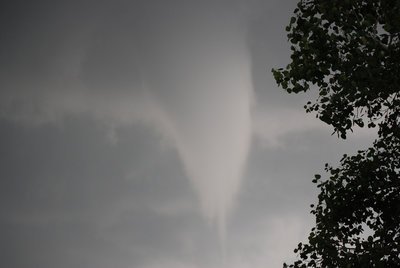 Parts of New York were reduced to a wasteland in the wake of Hurricane Sandy. Homes were destroyed and boats shared the same streets as cars. When New Yorkers called for federal aid after Hurricane Sandy, two Republican Senators from Oklahoma voted to slash the funding. Now these Senators, Jim Inhofe and Tom Coburn, are seeking relief after a monstrous tornado touched down Monday afternoon outside of an Oklahoma City suburb.

Coburn’s spokesman, John Hart, said the Senator will be looking for funding for all damage the tornado’s caused. This call for federal help comes months after he said much of the Sandy aid was “wasteful spending.” Hurricane Sandy wasn’t the first time the Republican duo went after relief aid. In 2011, they opposed additional funding to FEMA when it started to run out of money.

Inhofe and Coburn react differently on the subject of aid when destruction makes its way to their backyard. In 2008, Inhofe couldn’t be happier the Department of Housing and Urban Development sped up federal aid to 24 Oklahoma counties affected by severe weather. “The impact of severe weather has been truly devastating to many Oklahoma communities across the state." Inhofe says in his 2008 press release. "I am pleased that the people whose lives have been affected by disastrous weather are getting much-needed federal assistance."

In 2007, a year earlier, Senator Coburn pushed federal officials to speed up the process of granting federal aid after an ice storm caused damage and widespread power outages. On his website he said of FEMA, the same agency he opposed funding to a few years later, “From the beginning, my staff and I have maintained close contact with local, state and federal officials to ensure FEMA was operating as promised and was responsive to the needs of Oklahoma.”

The National Weather service said the winds from Monday’s tornado ranged from 166 to 200mph. The two mile wide storm killed 24 people as it ripped through Moore, the southern part of Oklahoma City. Seven children were killed after the disastrous whirlwind reduced Plaza Towers Elementary School to rubble.

Governor Cuomo issued a statement following the aftermath of Monday's destructive tornado: “Here in New York we know firsthand the devastation and pain caused by natural disasters, and in difficult times like these we, more than ever, stand with our fellow Americans. On behalf of all New Yorkers, I send my deepest condolences to the families and friends of those killed in this tragedy."