2 women and a gunman are dead following a shooting inside a Wilmington courthouse. 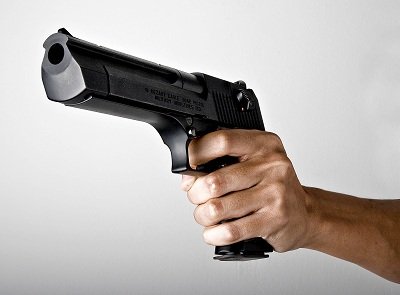 Two women were shot to death in a Delaware courthouse this morning. The altercation began when security guards confronted an armed man at a checkpoint near the building’s front doors.

After being approached by the guards the gunman exchanged fire with security, killing two women and wounding two law enforcement officers. The gunmen was also killed, however, at this time it is unclear whether he took his own life or was shot by one of the guards.

The attacker, who is described as a male between his late 20s and early 30s, opened fire around 8 a.m. Early reports on the assailant’s identity are unclear and, in part, contradictory.

The mayor of Wilmington—the city in which the court was located—has stated that one of the dead women was the estranged wife of the shooter, but Delaware Police Sergeant Paul Shavack says this has not been confirmed. The actual identity of the gunman appears to still be under investigation; thus far nothing has been released on the subject.

Wilmington Police Chief Christine Dunning was not on the scene or available for comment, as she is attending a conference on gun violence hosted by Vice President Joe Biden today in Philadelphia. The subject of gun violence has been at the forefront of the administration’s concerns since the Sandy Hook shootings, and Biden has played a key role in shaping its policies. Increased attention on the subject has stirred different reactions from officials across the country; New York has passed stricter gun laws with the SAFE Act while a bipartisan group of senators has tried to put an emphasis on improving that nation’s mental health treatment.