Distracted Driving: The High Price of Texting While Behind the Wheel

Rob takes an editorial stance on distracted driving after a personal experience. 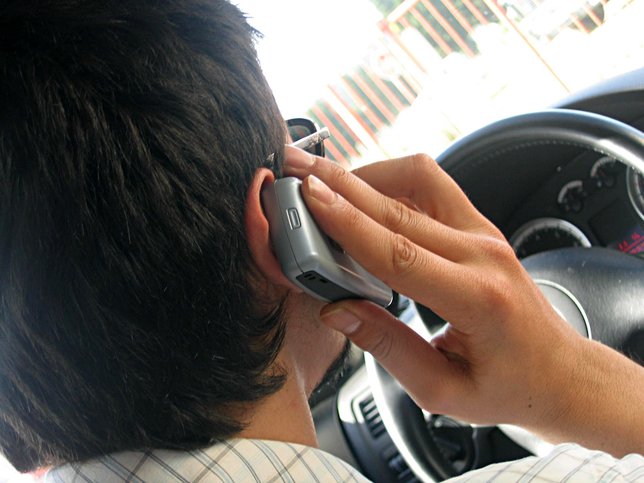 We’re all guilty of it. Whether it’s a phone call from the kids, text message from a spouse, Facebook status update, Twitter feed - whatever the case may be, we’re all guilty of checking our devices while driving. More often than not, the message received isn’t anything particularly exciting or dramatic, just a silly message that could have easily waited until we stopped the car to take a glance. But for some reason, that obnoxious tone that alerts us to a new message is so important, like heeding the siren’s call, we all go for it.

I’m just as guilty as you might be. I’ve checked text messages, posted status updates, done everything mentioned above, all at some point in my time behind the wheel. Not anymore. Not after learning that a very close friend (along with her younger sister) was injured in a car accident after a 19-year old girl was using Twitter to update the world about her breakfast choices and smashed into my friend’s vehicle. While my friend’s younger sister would turn out to be okay, suffering minor injuries, my chum and former office-mate has been unconscious since the accident.

I started thinking about the facts related to distracted driving while hoping that my friend regains consciousness as she receives the expert medical care she’s going to need in order to recover from this horrific ordeal. Back in 2010, the National Safety Council (NSC) published a study regarding texting while driving. “We now know that at least 1.6 million crashes involve drivers using cell phones and texting," said Janet Froetscher, president & CEO of the NSC at the time. "This new estimate provides critical data for legislators, business leaders and individuals to evaluate the threat and need for legislation, business policies and personal actions to prevent cell phone use and texting while driving,"

Well, it’s been three years. What impact have these findings had on New York’s laws regarding distracted driving? In 2011, New York State issued an update regarding its Distracted Driving laws: Effective July 12, 2011, there is a 2 driver penalty points, in addition to the fine of $150 for violations of the cell phone law.”

$150 for using a cell phone or device. That doesn’t seem like much, considering the phone in question most likely cost two or two and a half times that amount. Perhaps most frustrating about NY’s law is that “a violation of this section shall be a traffic infraction and shall be punishable by a fine of not more than one hundred fifty dollars.” Meaning that the fine will always have a cap of $150 dollars. Ray LaHood, Secretary of Transportation states on Distraction.gov that “in 2011, 3,331 people were killed in crashes involving a distracted driver, compared to 3,267 in 2010. An additional, 387,000 people were injured in motor vehicle crashes involving a distracted driver, compared to 416,000 injured in 2010.”

As of two years ago, deaths are up. The NSC speculates that so far, in 2013, there have been over 176, 399 car accidents involving distracted driving. About every 24 seconds or so, another accident is recorded hat involves the use of mobile devices and distracted drivers. Is it not alarming that this figure is so drastically high, considering we’re only about two months into 2013?

As of the writing of this article, all organizations mentioned above have yet to return my calls regarding statistics and what’s currently being done at the local level to stem this terrifying tide of bad driving. What can be done? Studies indicate that those involved in most distracted driver accidents are between the ages 16-19. But certainly, this isn’t a concept limited to teens.

Distracted driving is an epidemic. In the wake of major technological developments for mobile devices, all the wonderful things we can do with our phones like take pictures of food, cats and other memes means nothing if we’re unable to accept responsibility and respect the rules of the road.

To end on a less satirical note, I’m taking the pledge to ensure safer roadways by not using mobile devices. You don’t have to, of course, but maybe spread the concept around.