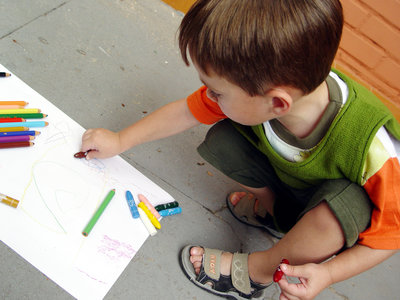 “Pre-kindergarten is one of the most proven education reforms available and full-day programs are particularly successful,” said Billy Easton, executive director of the Alliance for Quality Education, a leading community-based organization advocating for quality education in New York State and part of the Ready for Kindergarten, Ready for College Campaign.

“Governor Cuomo’s Education Commission deserves recognition for making the expansion of quality Pre-K a centerpiece of their recommendations, targeting this to high need school districts, and recognizing the success of full-day Pre-K programs. Clearly the testimony of early childhood education advocates made a difference,” Easton continued.

The program is designed to address some of the serious issues facing our public education system. According to the Education Reform Commission, unless dramatic changes are realized, our students will not be prepared to succeed in a global economy.

In a state that spends more money per student than any other state in the nation, but ranks 39th in high school graduation rates and where only 73 percent of its students graduate from high school and only 37 percent are college ready, advocates for high quality early learning were heard at Education Reform Commission hearings across New York.

“The Education Reform Commission has taken an important step in expanding opportunities for New York State’s youngest learners,” said Nancy Kolben, executive director, Center for Children’s Initiatives. “High quality Pre-K is a stepping stone to Kindergarten and sets children on the right trajectory for school success and beyond. Quality full day Pre-K is a proven strategy for improving student outcomes. The Commission is to be commended for giving quality early learning the priority it deserves.”

“The full day Pre-K program proposed by Governor Cuomo’s Commission is a very important step toward preparing kids for Kindergarten, and closing the achievement gap,” said Karen Scharff, executive director of Citizen Action of New York. “If children are ready for Kindergarten, they are more likely to succeed in school, graduate and go on to college or careers.”

The state-sponsored full-day Pre-K program is a further step and would tackle some of the most serious issues facing New York’s public education system by addressing the experiences children have before the Kindergarten level—experiences that experts agree strongly influence their success in school and beyond.

Opinions, comments, ideas?  Please share them below or on our Long Island Living Discussion Forum.