By Christian Abbatecola Published: May 30 2013

Letters laced with deadly ricin were sent to Bloomberg and a coalition chaired by the New York City Mayor. 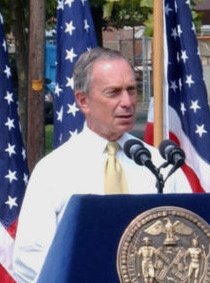 New York deputy police commissioner Paul Browne confirmed yesterday that a threatening letter sent to NYC Mayor Michael Bloomberg and opened on May 24th tested positive for ricin in preliminary analysis. According to the mayor the letter referenced his efforts on gun control and made threats against him.

On May 26th, more ricin-laced mail was opened in Washington by Mark Glaze, director of Mayors Against Illegal Guns—a coalition created by Bloomberg to increase gun control across the country. Both letters are undergoing further testing, and the Federal Bureau of Investigation and New York Police Department have begun searching for the source of the threats. Both letters bore the same postmark, and did not originate from Washington or New York City.

Ricin powder is a deadly toxin made from castor beans. If inhaled or ingested it can kill within 36-48 hours, causing failure of the respiratory and circulatory systems; there is presently no known antidote for the substance. Neither Bloomberg nor Glaze has been affected by the letters, and others who came in contact with the letters have since seen what minor symptoms they exhibited subside, according to Browne.

In recent weeks, letters laced with ricin have been sent to Senator Wicker of Mississippi and President Obama. Those letters led down a bizarre trail in which an Elvis impersonator was initially arrested, then released as evidence pointed towards a former martial arts instructor he had been feuding with. The Elvis impersonator subsequently accused the martial artist of trying to frame him.