MTA Chairman to Resign and Run for Mayor

Shortly after passing an MTA fare hike, MTA Chairman Joe Lhota announced his resignation and his run for mayor of New York City.

MTA Chairman and CEO Joe Lhota has announced that he will resign on Friday to begin his run for mayor of New York City. 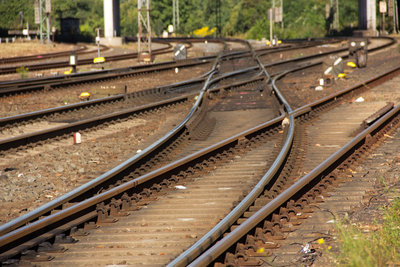 Joe Lhota is a registered Republican, and already has experience working behind the scene in the gubernatorial office.  From 1994-2001, Lhota served under former mayor Rudy Giuliani as Giuliani’s budget director, finance commissioner, and deputy mayor for operations.

Giuliani has publicly announced his support for Lhota, and his adviser told the Wall Street Journal in November that if Lhota decides to run for mayor, Giuliani will do everything he can to help elect the chairman.

Lhota has been praised for organizing the restoration of the NY transit systems after Hurricane Sandy, but many commuters are not thrilled with the fare hike which he himself proposed and helped the MTA board to pass.  According to the plans for the fare hike, the cost of a MetroCard will be raised 32% over four years.  The new prices for commuters will not take effect until March 2013, but the grumbles they are already raising may not work in Lhota’s favor.

Lhota currently has few serious competitors for the Republican nomination.  It has been suggested that former Bronx Borough President Adolfo Carrion would run as a Republican, but he has not yet registered as a party member.  Carrion would also need three of the five GOP county chairs in the city to throw their support behind him so that his name can be added to the primary ticket.

Share your thoughts about this article by posting your comment below or by visiting our Long Island Living discussion forum.