On the John Gambling Radio Show, Bloomberg expressed concern about what he feels to be the inevitability of drones in NY skies. 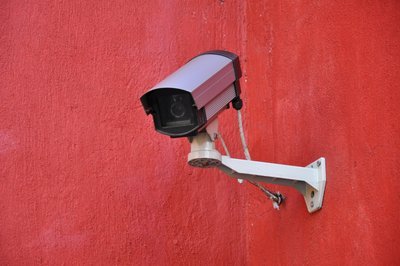 The question of surveillance and privacy is not easily answered, and many New Yorkers already know that in major cities, it is inevitable to avoid the gaze of some form of camera – a red light camera, a security camera, or, as Mayor Michael Bloomberg now suggests, the potential use of domestic drones to keep an eye on citizens.

On Friday, Mayor Bloomberg was taken to task on this issue by John Gambling during his weekly appearance on Gambling’s radio show.  Gambling asked the mayor his thoughts on the use of domestic drones by the New York Police Department or other government body.

“Everybody wants their privacy, but I don’t know how you’re going to maintain it,” said Bloomberg. “It’s just we’re going into a different world, uncharted, and, like it or not, what people can do, what governments can do, is different. And you can to some extent control, but you can’t keep the tides from coming in.”

An article by The New York Times Editorial Board written in December expressed a similar sentiment about the inevitability of eyes in the sky.  The caution that “the unmanned aircraft that most people associate with hunting terrorists and striking targets in Pakistan are on the brink of evolving into a big domestic industry. It is not a question of whether drones will appear in the skies above the United States but how soon.”

Though the New York Civil Liberties Union has documented approximately 2,400 surveillance cameras in Manhattan alone, Bloomberg believes it will not be long before the cameras will get smarter with face-recognition software, which is already being engineered.

“It’s scary, but what’s the difference whether the drone’s up in the air or on the building? I mean intellectually, I have trouble making a distinction,” said the mayor.