End of the Line for LIPA? Cuomo Proposes PSE&G Takeover 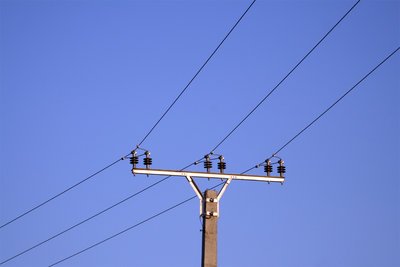 "LIPA is broken. And LILPA has to go away," Cuomo said." Shrink LIPA, where LIPA is a mere holding company holding debt," he added.

Cuomo’s proposal came as a result of LIPA’s extensive delays in restoring power after Superstorm Sandy, combined with its protracted history of customer dissatisfaction.

Following Sandy, Long Island’s South Shore residents, many of whom remained without power for weeks, harshly criticized the utility for its inept performance before, during and after the storm.

“It was an incompetent response,” Cuomo said. “There is no alternative because the status quo is dangerous for the people of Long Island.”

A Moreland Commission report called the utility’s management dysfunctional and riddled with confusion, incompetence and a lack of accountability.

Under the governor’s proposed legislation, LIPA's board of directors would drop from 15 to 5. It's staff from 90 to 20.

Cuomo’s plan also includes a welcomed rate freeze for Long Islanders. "In terms of rates, we are looking for a rate freeze for the years 2013, 2014, and 2015. And that would be the operating premise that we embark upon," Cuomo said.

To ensure that PSE&G maintains its strong record of performance following the takeover, Cuomo proposes paying the company based upon performance and customer service.

Cuomo wants to privatize utility operations through PSE&G and reduce the number of LIPA’s political patronage jobs as well as its role to handling the authority’s $6.7 billion in debt. The network, however, would still be owned by the state authority to make sure it can still receive federal disaster aid to secure lower borrowing rates, Cuomo said.

Cuomo’s legislation has the strong support of both of Long Island’s county executives.

"I think the approach you're taking is the right one," Suffolk County Executive Steve Bellone said.

And a spokesperson for LIPA said the utility will cooperate. “We will continue to work with government leaders and all other stakeholders to make sure highly reliable service continues to be provided to customers at the best possible value,” said LIPA spokesman Mark Gross.

But many Long Islanders, who pay some of the highest utility rates in the country, say Cuomo’s proposal does not go far enough.

“Let’s take the proposal one step further with a long-term solution that will give Long Islanders a stronger voice in the utility regulatory process,” said Beth Finkel of AARP in New York. “A consumer advocate office with teeth to stand up to utility companies like PSEG and LIPA is the missing piece to Gov. Cuomo’s plan for oversight of utilities.”

Cuomo and legislative leaders are working on turning the proposal into legislation that could be voted on by the end of the session on June 20.

What’s your opinion? We’d like to hear from you. Include your comments below or on our Long Island Living Discussion Forum.