The Moreland Commission, charged with investigating the response efforts by public utilities following Superstorm Sandy, has released its recommendation to replace LIPA with a private utility company based on its findings. 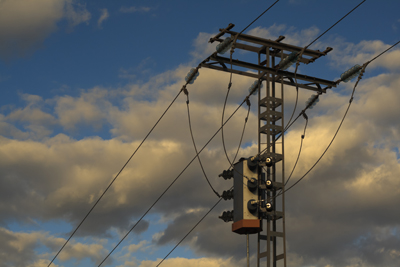 The commission found that LIPA and the six other other public utilities in New York “operate as natural monopolies in their own exclusive service areas with no risk of losing all or part of the territory because of toothless government oversight.”
Specifically addressing the issues of LIPA, the commission found that the separation of ownership and operations has led to confusion and lack of accountability, and the utility drifted from its original mission of debt management, focusing on power delivery.  LIPA also made investment decisions based on recommendations of consultants, rather than suggestions made by managers involved in operating the system.  Furthermore, LIPA is not subject to Public Service Commission oversight.
LIPA did not follow the state’s recommendations, making it’s infrastructure inadequate against large-scale storms, and it’s failure to upgrade its communication system left it unable to provide accurate and timely information to ratepayers.
As for the future of LIPA, the commission offers three possible avenues:
1. Privatization by transforming LIPA into an investor-owned utility, which would lead to greater efficiency of operations and cost.  This option could be risky in its complicated nature, and would require time to set in place.
2. Expand the state’s authority, which would lead to improved management and communication systems and guarantee continued financial support from FEMA following future storms.  This option assumes that LIPA customers have faith in a broken system, and provides no incentives for continued improvement.
3. Granting authority and responsibility to NYPA, or another successful existing public authority, but would lead to increased bureaucracy to a complicated system, and could detract from NYPA’s ability to work toward it’s own mission.
The commission strongly recommends the privatization of LIPA as the best way to resolve accountability issues, while increasing cost effectiveness and integrating management, planning, operations and ownership.
In addition to restructuring LIPA, the commission recommends strengthening the state’s oversight of public utilities, as well as unifying the state’s energy programs and policy.
The commission acknowledged that the Public Service Commission, which has the responsibility to oversee public utilities, actually lacks any real oversight power.  The Public Service Commission fell short in a number of areas, including conducting limited operational and management audits, failing to review and approve storm plans prior to major storms, and not regulating LIPA rates and services.  The PSC, in serving as a “weak penalty authority,” allowed the public utilities to provide poor service, according the the commission’s report.
The first recommendation to strengthen oversight of public utilities provided by the Moreland Commission is to permit the PSC to impose strict administrative penalties for violations of its regulations.  Currently, fines max out at $100,000 a day for all violations, and the utility must be found to have committed a “knowing” violation, which the commission says is difficult to prove.
These increased penalties would be based on .02% of the utility’s gross revenue.  That would shoot the daily revenue for National Grid up to $750,000 per day, for instance.  The burden of proof for a violation would be lowered to a “reasonable business” standard.  The penalties would be returned to impacted ratepayers, and the state would have the authority to revoke operating certificates based on reviews by the PSC.
Share your thoughts on this article by posting a comment below or by visiting our Long Island Living discussion forum.