Hervey announced in a statement that his resignation will be effective at the end of this year.  The chairman of LIPA’s 15-member board has said he accepted Hervey’s resignation “with regret.” 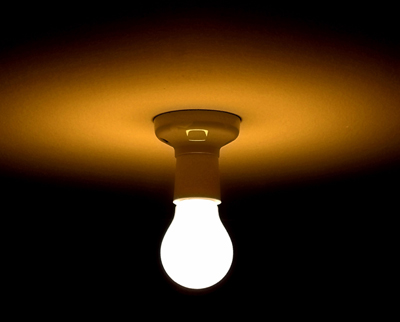 Also on Tuesday, Gov. Cuomo announced the formation of a special commission under the Moreland Act that will investigate the preparation, response and management of New York’s power utility companies.  The commission will not just focus on the most recent outages caused by Sandy, but also the management following Tropical Storms Irene and Lee.
"From Hurricane Irene, Tropical Storm Lee, to Hurricane Sandy, over the past two years New York has experienced some of the worst natural disasters in our state's history," Governor Cuomo said. “As we adjust to the reality of more frequent major weather incidents, we must study and learn from these past experiences to prepare for the future.”
The Commission, which has the power to subpoena and examine witnesses under oath, will also focus on providing recommendations to reform the overlapping duties of LIPA, NYPA, NYSERDA and the Public Service Commision, and to rework the “existing labyrinth of regulatory bodies, state agencies and authorities, and quasi-governmental bodies [that have] contributed to a dysfunctional utility system.”
Nassau County District Attorney Kathleen Rice will serve on the 10-member commission.
As of 7:00 p.m. Nov. 13, LIPA announced that 99 percent of customers who can safely accept power have had their services restored.  That leaves 7,300 Nassau and Suffolk customers, as well as 24,500 customers on the Rockaway Peninsula without power until substantial repairs can be made, though all schools on the peninsula have had service restored.  Service has been restored to all parts of Suffolk, and only “very few communities in Nassau” remain without service.
LIPA’s power restoration website claims that crews continue to work 24/7, and “will not rest until all customer issues are addressed.”
Hervey’s resignation comes on the same day as a class action lawsuit was filed in Nassau County on behalf of LIPA customers, seeking unspecified damages for gross negligence, fraud and breach of contract in their response to Hurricane Sandy.  Melville laywer Kenneth Mollins, who is representing the complainants, also filed a complaint with the office of the New York State Inspector General.
Share your thoughts on this article by posting your comment below, or by visiting our Long Island Living discussion forum.