Governor Andrew M. Cuomo today announced support from local officials across the state since the unveiling of Tax-Free NY, a game-changing initiative that will transform SUNY campuses and university communities across the state into tax-free ... 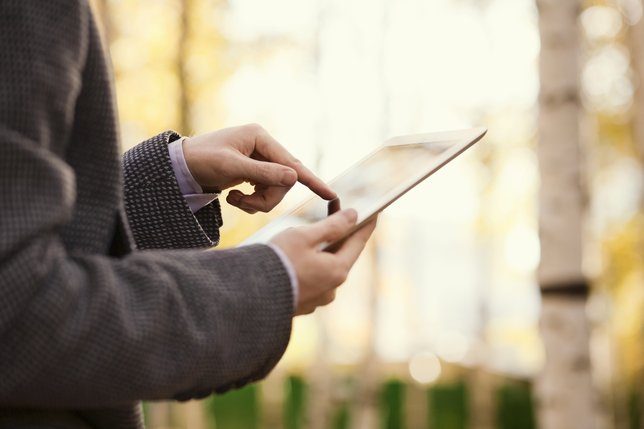 Albany, NY - May 28, 2013 - Governor Andrew M. Cuomo today announced support from local officials across the state since the unveiling of Tax-Free NY, a game-changing initiative that will transform SUNY campuses and university communities across the state into tax-free communities that attract start-ups, venture capital, new business, and investments from across the world.

“Since we announced Tax-Free NY last week, local officials across New York State have begun expressing their support for this groundbreaking economic development initiative,” Governor Cuomo said. “Tax-Free NY will transform communities across Upstate New York into magnets for new businesses, start-ups and investment and generate an unprecedented level of economic activity and job creation in our counties, cities and towns.”

Stephen J. Acquario, Executive Director, New York Association of Counties (NYSAC), said, “The University Economic Development Initiative will attract businesses and grow jobs in communities across the State. With this initiative, the Governor continues to position New York State to better compete in the global economy. On behalf of the 62 counties of New York, which are sponsors of our community colleges and home to our state colleges and universities, we appreciate the Governor's continued community-based economic development emphasis in all areas of the state.”

Peter A. Baynes, Executive Director, New York Conference of Mayors (NYCOM), said, “NYCOM applauds Governor Cuomo’s Tax-Free NY initiative as a bold effort to maximize the economic potential of New York’s world-class colleges and the communities in which they are located. In doing so, it is critically important that the economic and fiscal dynamics of the host cities and villages, as well as their existing Main Street businesses, are also strengthened. NYCOM looks forward to working with the Governor and state legislators to enact a Tax-Free NY program that revitalizes communities and regions in every corner of our state.”

County Executive Daniel P. McCoy, Albany County, said, “I wish to commend Governor Andrew Cuomo for fully recognizing the economic impact SUNY has in the Capital District and throughout the state. In Albany County the University at Albany and the College of Nanoscale Science and Engineering have proven to be vital drivers of the fiscal health of the region. I look forward to working with the administration to fully implement the “Tax-Free NY” initiative, which will only help grow and diversify our economy in the years to come.”

County Executive Steven Bellone, Suffolk County, said, “I applaud Governor Cuomo’s Tax-Free NY initiative as it provides an innovative opportunity for start-up companies and businesses looking to expand facilities and operations to locate on SUNY campuses, receive tax incentives and create synergies with institutions of higher learning. Opportunities to spur economic development in our region are paramount to creating a sustainable economic future for New York.”

County Executive Anthony Picente, Oneida County, said, “The Tax-Free NY program that Governor Cuomo has put forward will give a tremendous boost to the upstate economy”. “These tax-free communities will encourage high-tech businesses to lay down roots right here in New York, and connecting those companies to our higher education system is a great way to create lasting jobs in our communities. The Governor has proposed a visionary initiative that will bring our best assets together to build a stronger economy.”

County Executive Debbie Preston, Broome County, said, “For too long business in New York has been overtaxed and overregulated. We must create the conditions that will attract jobs, businesses and private investment to our community. As great institutions, like Binghamton University and Broome Community College continue to grow, so should businesses and job opportunities. Anything we can do to reduce taxes and the cost of doing business in New York is a giant step in the right direction. I applaud Governor Cuomo for building on one of our biggest assets, our Universities, as we continue to send a strong message to the rest of the nation, that Broome County is open for business.”

County Executive Marcus Molinaro, Dutchess County, said, “The SUNY system is one of our greatest assets, and at the same time, one of our most underutilized resources, when it comes to economic development. The Governor’s initiative attracts investment and innovation through startups on property already exempt, provides them with all the resources of the SUNY system, incubates them, and then pushes them out of the nest into private space to expand, create jobs and contribute to the economy. Many areas of upstate, including the Mid-Hudson Region, do not have a major university or university research center, but the SUNY system connects community colleges like Dutchess to the “power of SUNY” at Albany, Binghamton and Stony Brook. This is one more step Cuomo is taking to facilitate tech transfer. The initiative not only benefits the community by attracting startup businesses, but our students by cultivating entrepreneurial thinking, which will hopefully lead to even more new businesses. Let’s not forgot that small businesses are the generators of our economy and nearly 25% of them have less than 5 employees. We are not talking about corporate welfare here, we are talking about your neighbors.”

County Executive Joanie Mahoney, Onondaga County, said, “I am encouraged by Governor Cuomo's Tax Free NY proposal. Upstate New York has struggled for decades to compete with less expensive regions of our country yet at the same time we have some of the best universities in the country right in our own backyard. The governor's proposal gives us the opportunity to capitalize on our strengths while diminishing our weaknesses in order to compete for the jobs of the 21st Century.”

Chairman Ryan McMahon, Onondaga County Legislature, said, “Tax-Free NY is a great way to both encourage economic development in New York and invest in our SUNY system. These tax-free communities will give businesses just the environment they need to grow and will better connect institutions like Onondaga Community College with the private sector. Governor Cuomo's plan is good for business, good for higher education, and good for upstate New York.”

Mayor Jerry Jennings, City of Albany, said, “As further evidence of Governor's Cuomo's commitment to invest in Upstate New York, the creation of "Tax-Free Communities" is, yet, another bold initiative designed to marry businesses with our educational institutions. For a ten year period, new businesses will realize a "tax-free" period, while utilizing the human capital at our prestigious SUNY campuses. I am hopeful that businesses in the Capital Region will take advantage of this opportunity, and that the Governor's desire to provide these incentives will yield significant growth and economic vitality.”

Mayor Robert Palmieri, City of Utica, said, “By creating these tax free communities around schools like SUNYIT, Governor Cuomo has made it easier for businesses to come to New York. This program is a bold measure that will create jobs at remarkably little cost to the state, and help to breathe new life into the upstate economy.”

Mayor Paul Dyster, City of Niagara Falls, said, “Western New York is blessed with a number of high-quality educational institutions that can and should drive innovation, investment, and job creation in the region. Yet our production of patents, new business start-ups and attraction of venture capital all lag behind. Part of the reason is the perception--unfortunately in many cases backed by reality--that our taxes are too high and our policies somehow "anti-business." Today's bold initiative by Governor Cuomo seeks to break this cycle by enticing new business start-ups with the one-two punch of partnership with institutions of higher learning and tax-free operations for their first ten years of operation. No other state can beat that deal, as private sector investors will quickly recognize.”

Mayor Thomas Gillen, City of Oswego, said, “Today’s announcement of the Tax-Free NY Plan represents a bold and dynamic choice by Governor Cuomo to re-invest in our communities. By utilizing the unique resources that Oswego offers, we are poised to grow our local economy and attract emerging technology jobs. We were honored today to host Matthew Driscoll, CEO and President of the Environmental Facilities Corporation at SUNY Oswego, a perfect example of a University that stands to benefit tremendously from Governor Cuomo’s Tax-Free NY plan. I urge our state legislators to approve this measure in a timely manner and look forward to continuing our shared mission of smarter, safer and more stable cities and towns.”

Mayor Lou Rosamilia, City of Troy, said, “As Governor Cuomo unveiled his "Tax-Free NY" initiative, the City of Troy is very interested in this visionary plan for economic growth and job creation. As Mayor of Troy, I am happy about our proximity to Hudson Valley Community College, as this is a SUNY institution that could benefit from this new endeavor. After all, Gov. Cuomo's plan is all about job creation and giving business owners the chance to start up and thrive in areas around our colleges. Hudson Valley Community College, in particular, has various programs that prepare students to enter the job force immediately. This is another way to entice our great young minds to stay in Troy and around the Capital Region.”

Comptroller Mark J.F. Schroeder, City of Buffalo, said, “Tax-Free NY is a bold initiative that will help Buffalo to continue to reshape its economy and compete for private investment. Innovation, technology, and entrepreneurship are the keys to our economic future, and college campuses are hotbeds for these activities. Tax-Free NY capitalizes on our world-class institutions of higher learning by creating a business friendly, cutting-edge environment for start-ups and other companies looking to create jobs and invest in our community. Governor Cuomo’s leadership on reviving the Upstate economy has already produced dramatic results, and with Tax-Free NY, there is no better place to start or grow a company than the Empire State.”

Supervisor Jon Kaiman, Town of North Hempstead, said, “Governor Cuomo has made a number of significant improvements to New York State’s approach toward businesses in the past 28 months. Tax-Free NY goes hand in hand with that mission to build a New York that welcomes private investment and job creation. By encouraging the alignment of businesses and the state’s higher education network under tax-free communities, the Governor’s plan will stimulate our economy and create jobs.”

Below is a list of officials who support the Governor’s Tax-Free NY initiative:

For more information on Tax-Free NY, go to http://www.governor.ny.gov/press/05222013-tax-free-ny-initiative.