Long Islanders approved a total of 118 out of 124 district spending plans for the 2013-14 school year voted on Tuesday. 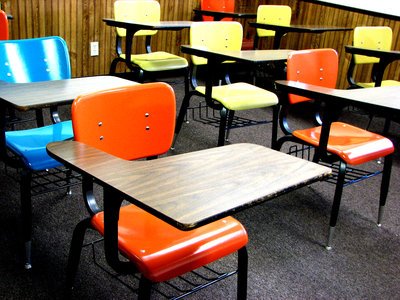 Long Islanders approved a total of 118 out of 124 district spending plans for the 2013-14 school year voted on Tuesday. The 95 percent approval rate confirms voter support of modest increases held down by state-imposed tax caps.

“School districts worked very hard this year to keep their budgets under the cap," Alan Groveman, the Connetquot schools chief and past president of the Suffolk County Association of School Superintendents told Newsday reporters.

Budgets failed in Baldwin, East Quogue, Manhasset, North Babylon, Sachem and South Country, six of seven school districts that tried to override the state's 2 percent tax cap. They were unable to secure the 60 percent supermajority required by state law to pass. Bay Shore was the only district budget piercing the cap limit that passed, narrowly approved by a 61.4 percent majority.

"Obviously, the cap has significant power," said Fred Gorman, a leading regional taxpayer advocate and founder of Long Islanders for Educational Reform, a watchdog group. "It's the only way to control expenses, and people in the future will realize how dangerous it is to try for an override," he told Newsday .

With a 54.2 percent voter majority, Sachem’s budget fell short of the required 60 percent supermajority. Had it passed, Sachem's budget, the highest proposal on the Island, would have raised taxes 7.49 percent.

Districts where budgets were rejected can either resubmit the same plan or introduce a reduced version of it to voters on June 18, budget revote day. If they submit the same plan, and it fails, they will be forced to accept a zero percent tax levy increase for the following year according to a News 12 report.