The Knicks have lost three major players, including their two biggest stars, to knee injuries in recent games. 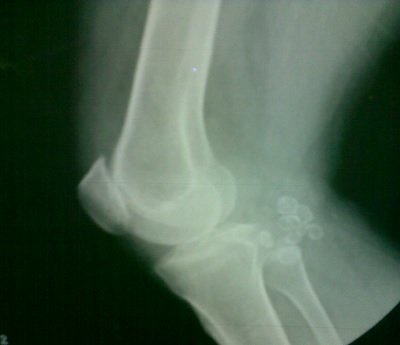 Knicks Weak in the Knees

A rash of late-season injuries is beginning to take its toll on the Knicks. With Amar’e Stoudemire out 4-6 weeks due to knee surgery, Carmelo Anthony attempted to rebound from his own right-knee injury when he returned to Denver for the first time since being traded to the Knicks.

Unfortunately, it was not quite the homecoming he was looking for, as Anthony looked even worse than in his previous game against Golden State. Going just 3 for 12 from the field and missing all 5 of his attempts from beyond the arc, Melo scored only 9 points before leaving the game early in the third quarter. The Knicks tried to forge on without him, but by that point they had already gone down 64-42 after a dismal second period. New York lost by a harsh final of 117-94.

Carmelo did not travel with the team to Portland following their second straight devastating loss. Instead, he went back to New York to have his bothersome right knee drained in hopes the small procedure will return him to playing condition. Tyson Chandler also sat out with a contused knee, though he evidently decided to go against the grain and bore his injury on the left.

For their part, what remained of the Knicks got off to a strong start against the Trail Blazers. They led 30-22 after the first period, but with only three minutes to go in the quarter, Portland began a 13-0 onslaught which set a tone for the second half. The second quarter spelled doom for New York for the third game in a row.

After watching what was a 10 point lead rapidly degenerate into a 3 point deficit, the Knicks were further trounced by a 27-14 third quarter from which they could not recover. The game ended in a 105-90 defeat.

JR Smith had a game-high 33 points, but Kenyon Martin and Raymond Felton were the only others to reach double digits, and they barely even managed that with 12 and 11 points respectively.

The Knicks will try to put a stop to the bleeding when they play the Clippers tomorrow afternoon at 3:30. Carmelo Anthony’s return is questionable.

Coming off a rough loss against Philadelphia, the Nets caught a bit of a break when their challenge the following day was the now 22-44 Hornets.

A 28-19 first quarter helped Brooklyn set a pace for the game which would eventually lead to their victory. New Orleans did keep pace with the Nets in the second, and even outscored them by 7 in the third, but Brooklyn bounced right back with a 28-20 fourth quarter that put them over 108-98.

Brook Lopez led the game in scoring with 26, including an aggressive dunk over the head of his twin brother, Robin. Deron Williams, who continues to look sharp following the All-Star break, picked up a double-double on 21 points and 13 assists. Blatche and Brooks led the bench 18 and 14 respectively; Wallace also scored 13 to be the fifth Net in double digits.

The win ties the Knicks with 38, leaving Brooklyn just 2 games behind their crosstown rivals in the loss column for third place in the NBA’s Eastern Conference. The Nets will have had several days off before playing Atlanta at 8 PM tomorrow.

The Islanders had three days to lick their wounds after the flogging dealt them by Pittsburgh on Sunday. They seem to have used that time wisely as they put on a much stronger show against Tampa (albeit, a much weaker team).

Tavares tapped in a quick pass from Moulson for the game’s first goal ten minutes into the second period. That shot would prove all New York needed to defeat the Lightning as they shutout Tampa Bay, but Boyes scored an empty netter with 40 seconds left to cement their 2-0 victory. Nabokov stopped all 18 shots that came his way.

The Islanders will take on the Panthers next, at 7:30 tonight.

The Rangers had won 5 of their last 6 before facing off against the Sabres this week, but their trip upstate did not end well for the team. After a scoreless first, Derek Stepan knocked in a shorthanded goal 4 minutes into the second period. Buffalo tied the game just over a minute later, then took a 2-1 lead halfway through the game.

A third goal in the middle of the third would be the last scored on the night, handing Buffalo a 3-1 win. Lundqvist blocked 19 of the 22 attempts that came his way.

Their fortunes did not improve as they travelled further north to Winnipeg, though that seems to have become the norm for this season. After falling behind 1-0 less than two minutes into the game, team captain Callahan drove in his ninth goal of the season to tie the score, but the Rangers found themselves trailing again by period’s end. Unable to find a second goal, the team opened themselves up for an empty netter at the hands of Andrew Ladd to once again fall 3-1. Lundqvist blocked 30 of 32 on the night.

The Rangers play the NHL Atlantic-leading Penguins this afternoon at 1 o’clock.