More than 300 Miles of Long Island’s Worst Winter-Ravaged Roadways to be Repaired. 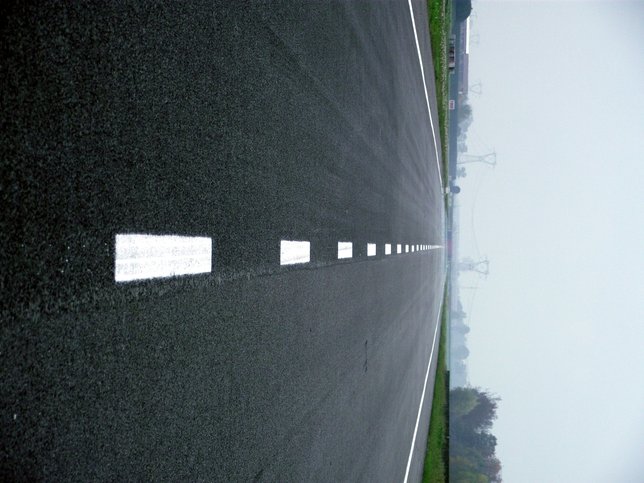 Long Island, NY - May 9th, 2014 - Governor Andrew M. Cuomo today announced that more than $100 million of resurfacing projects will begin this year on 300 lane miles of Long Island’s worst winter-ravaged roadways. These New York State Department of Transportation (NYSDOT) projects have been accelerated to this construction season in order to provide relief for Long Island drivers.

“After this year’s harsh winter, the State and our federal partners are stepping in with more than $100 million in highway improvement projects to repair and rebuild Long Island’s storm-ravaged roadways,” Governor Cuomo said. “By expediting these projects, we are smoothing the ride on some of the roughest roads across Long Island and improving safety and mobility in the surrounding communities.”

Depending on the location, NYSDOT’s resurfacing projects will include removing the worn top layer of pavement from all travel lanes and shoulders, repairing base concrete and/or asphalt, improving drainage, and installing a new asphalt riding surface. Traffic signal vehicle detectors will be replaced and fresh new pavement markings will be provided.

NYSDOT Commissioner Joan McDonald said, “At Governor Cuomo’s direction, we identified the most heavily damaged roads, and used every available resource to accelerate these resurfacing projects. Throughout construction, we will be ensuring that traffic disruptions are minimized.”

The highway improvements will meet the goals of Governor Cuomo’s Drivers First initiative, which requires that construction causes the least impact to motorists. The majority of the work will be performed in stages during off-peak and night-time hours. Motorists, local municipalities and officials, and emergency service personnel will be alerted in advance of upcoming travel lane closures.

Senator Charles E. Schumer said, “This winter’s harsh weather wreaked havoc on Long Island’s roadways, and this significant and accelerated investment in the region’s roadways is a smart investment that will improve our pot-hole filled roads and provide relief to Long Island drivers.”

Congressman Steve Israel said, “Improving our local roads is absolutely critical to our region’s economy. I will continue to fight for infrastructure funding for New York. I commend the Governor’s efforts to repair some of our area’s most weather-worn roads with as little impact to Long Islander commuters as possible.”

Congressman Tim Bishop said, “We must continue to maintain and improve our infrastructure, including our roadways. I applaud Governor Cuomo and the State of New York for making this investment in the pathways that Long Islanders rely on to get to and from work.”

Congresswoman Carolyn McCarthy said, “Each year, travel in Nassau County and on Long Island becomes more difficult. After an especially harsh winter, our roads are in desperate need of repair. This funding will provide thousands of Long Islanders safe, reliable transportation routes and will help to improve our transportation infrastructure.”

Senate Majority Coalition Co-Leader Dean G. Skelos said, "I am pleased that the Governor has made resources available to accelerate $100 million in construction projects on Long Island, including immediate work that needs to get done on the Nassau Expressway. The planned improvements have been a top priority for me and my constituents, and I look forward to working with the Governor to make them a reality. After an extremely difficult winter, New York is hard at work repairing and rebuilding its roadways to ensure smooth travel and to keep commuters and their families safe."

Senator Carl L. Marcellino said, “The tough winter season has wreaked havoc on our roads all across Long Island. No matter where you travel, vehicles are forced to dodge cavernous potholes. Tires, shocks and alignments have been laid to rest from Glen Cove to Montauk. These funds will jump start the process of repairing these torn up roads and help make them safe and drivable for all who use them every day.”

Senator Kenneth LaValle said, “Long Island’s roadways have suffered great damage due to the harsh winter storms. Driver safety on these damaged roads remains a great concern. I am pleased that the Governor has committed to expedite the Flanders Road project this season, as it is an important roadway in need of immediate repair and repaving to ensure public safety.”

Senator Jack M. Martins said, "This is a smart and sorely needed investment in our infrastructure. After this year's harsh winter, many of our roads have so many potholes they resemble the lunar surface. This state investment will greatly improve the quality of life for the tens of thousands of drivers who use these roads every day. I thank Governor Cuomo for understanding the need and making these repairs a priority.”

Senator Kemp Hannon said, “I’m thankful the Governor has stepped in to accelerate funding for resurfacing of our worst roads this construction season. While winter always causes deterioration of our roadways, the past winter was particularly destructive. This accelerated funding will provide much needed repairs in a timely fashion.”

Senator John Flanagan said, “This past winter took a significant toll on our roadways and that has presented travelling challenges to all Long Islanders and their vehicles. Accelerating these repaving projects allows the NYSDOT to make much-needed repairs in time for the heavy summer travel season. That will make travel throughout Long Island safer and more enjoyable for our residents and area visitors, and also benefit our region’s economy.”

Assemblyman Thomas McKevitt said, "This past winter took one of the greatest tolls on our roadways in recent memory. I am pleased that the Department of Transportation is accelerating its paving schedule to restore the roadways to a condition that is expected by our residents."

Assemblyman Fred Thiele said, “I commend Governor Cuomo and the Department of Transportation for accelerating the much needed repaving of State Route 24 in Flanders. For the past year, Senator LaValle and I have sought this much needed capital project. Further, in light of the fatal accident on the road earlier this year, it was imperative that this project move forward to protect the safety of the motoring public. I am pleased to report that this critical project will now commence later this year.”

Assemblyman Montesano said, “I am very pleased that Governor Cuomo has made funds available to accelerate road repairs and return them to pre-storm conditions after this year’s especially harsh winter”

Assemblyman Andrew Raia said, “I would like to thank the Governor and the NYS Department of Transportation for recognizing that this section of 25A is in desperate need of resurfacing, especially after this long and harsh winter and I appreciate the fact that they have moved the timeframe of the resurfacing to this construction season.”

Assemblyman Charles Lavine said, “The Governor’s announcement that Long Island is getting these badly needed road project funds couldn’t come at a better time. The wear and tear on the main highways as well as the local roads has been extreme starting with Superstorm Sandy and continuing with one of the worst winters in memory. I am grateful to the Governor for recognizing how vitally important the roads are to this region and its economic stability.”

Assemblyman Harvey Weisenberg said, "This stretch of roadway has been a safety issue for many years and on behalf of my many constituents who travel this route each day, I am very appreciative to the Governor and our state's DOT for providing the resources to rectify this problem."

Assemblyman Chad Lupinacci said, “Maintaining our infrastructure, especially Route 25A, is critical for local families. Whether it’s going to work, getting to school or doing any of the various errands that come about in our everyday lives, it couldn’t be done without quality local roads. I’m excited to join the governor to announce funding for repairs to Route 25A and I, like many others, look forward to the completion of these repairs.”

Assemblyman Michael J. Fitzpatrick said, “I want to thank the Governor for accelerating these projects. Our roads are in desperate need of repair after a very tough winter.”

Nassau County Executive Ed Mangano stated, “This winter wreaked havoc on roadways throughout the region. Governor Cuomo’s investment in pothole repairs is much needed and will help improve roadway safety. I encourage residents to report existing potholes by downloading the NassauNow app on their smartphone or tablet, or by calling (516) 571-6900.”

Suffolk County Executive Steve Bellone said, “We must continue to invest in our infrastructure to keep our communities stronger and our roads safer all while creating much needed construction jobs here in Suffolk County and around New York State. Governor Cuomo’s funding will accelerate projects at the most heavily damaged areas and make a long lasting impact in the quality of our roads and in the quality of life of our residents.”

Construction on the following roadways will begin this fall:

For up-to-date traffic and travel information, motorists should call 511 or visit www.511NY.org.