After Learning the results of the 2013 Common Core Tests for his school district's third through eighth graders, Superintendent Joseph Rella robo-called parents urging them to attend an August 17 rally at Comsewogue High School ... 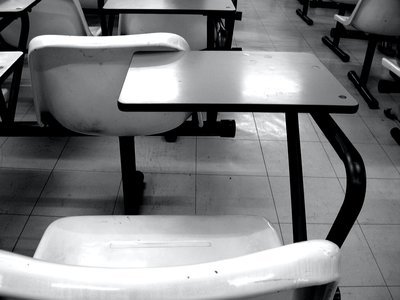 After learning the results of the 2013 Common Core tests for his school district’s third through eighth graders, Superintendent Joseph Rella robo-called parents urging them to attend an August 17 rally at Comsewogue High School to protest national Common Core standards and tests.

Yvonne Gasperino, president of Stop the Common Core in New York State, was also in attendance at the rally. SCCNYS has volunteers in 36 New York counties to spread awareness about the excessive testing and data mining associated with Common Core and what it labels “untested education reform that has an unknown price tag.”

Common Core “is going to address every facet of education if this is not stopped,” Gasperino pointed out. In education, “parents should have the choice—that is a private family matter, and no decision is right or wrong.”

Gasperino also finds the third-party involvement particularly troubling “The data mining is incredible,” she says. “I don’t know what worries me more: the loss of local control; the loss of accountability; that teachers are losing their creative ability to teach children; the loss of parental participation—who are we parents going to go to?”

And politicians are weighing in heavily on the issue as well. Assemblyman Al Graf (R,C,I-Holbrook) recently sponsored legislation (A.7994) in response to concerns about the federal Race to the Top and Common Core programs. In a statement, Graf confirmed that he is partnering with Senator Lee Zeldin (R,C,I-Shirley) in efforts to improve New York’s education system for students, parents and teachers.

“I look forward to working with Assemblyman Graf and the rest of our legislative colleagues to properly address parent, teacher and student feedback related to the Common Core program,” said Zeldin. “It is critically important for there to be effective testing to measure progress among New York’s schoolchildren. After session concludes, it is a priority of mine to meet with stakeholders in my district who would like to discuss their concerns.”

Leonie Haimson, executive director of Class Size Matters, an organization targeting data mining and privacy issues says, “We are most focused on organizing parent resistance in New York—which is now the only inBloom client to be sharing the personal student data for all students in the state—and we are actively working to ensure that the legislation passes this year,” she said. inBloom aggregates student information such as hobbies, Social Security Numbers, classes, and test scores.

inBloom is a nonprofit organization designed to make it easier for teachers, parents and students to get a clear picture of student progress. The organization is building what it terms technology “plumbing” to connect various tools and systems in use in schools today in order to provide all information in one place.

“Our schools and students are being set up to fail” when “teachers are being deemed ineffective using the results of Common Core tests, and schools are at risk of being closed or taken over by corporate-run charter schools,” says Kris Nielsen, a former teacher and author of Children of the Core.

“Now that we're becoming more successful at untangling the web of power and wealth and seeing the connections, it's becoming more apparent that we're fighting government and corporations from taking our children down paths we think are dangerous for them and our country,” Nielsen said. “It's becoming more important for us to fight together.”