By Christian Abbatecola Published: May 01 2014

As Governor Cuomo highlights reforms aimed to protect students, the Senate enacts a law to increase the transparency of cost increases. 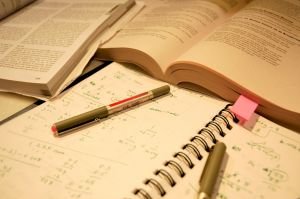 Reforms enacted in the fiscal year 2014-15 budget will help protect students taking the Common Core state testes in grades 3 through 8 this week, Governor Cuomo said in a statement yesterday. Under the Common Core Implementation Reform Act, scores received on these tests will be disallowed from being printed on student transcripts or stored in permanent records.

The reforms will also prohibit schools from using the state tests as the only or the primary factor in deterring grade promotion and placement, and a cap has been put on the amount of in-class time that can be spent taking or preparing for the Common Core tests. Bubble tests have been barred from pre-kindergarten through second grade, and enhanced transparency and data security measures have been taken as well.

“The Common Core Implementation Reform Act that I signed into law last month protects our students and assures teachers and parents that these new standards will be properly applied,” said Governor Cuomo. “With this reform and our commitment to higher standards, New York State will continue to lead the nation in reimagining our schools for tomorrow.”

Cuomo’s statements come at the same time as the New York State Senate has passed legislation to require more openness from the Board of Regents when imposing new costs on school districts.

Under Senate Bill 1564, which was introduced by Senator Ken LaValle, the Board must identify the costs of any new requirements it makes and show the sources for funding those changes.

“The Board of Regents must be more transparent when establishing new rules and procedures that force local school districts to incur new costs,” said Senator LaValle. “Too often the Board imposes mandates on our schools causing increased expenses, which in many instances are passed on to taxpayers. This legislation will make the Board of Regents engage in open dialogue when they consider changes.”

When considering proposals, the Board will now be required to reveal all entities it expects to be impacted by new rules, the source of income that will be used to pay for any increased costs, and the type of tax increase needed to fund new proposals. When the increased tax burden is placed on local property taxes, the Regents will have to further breakdown the expected increase for each individual school district.