After decrying the Board of Regents’ Common Core recommendations, Governor Cuomo has released his own panel’s suggestions to improve implementation of the new standards. 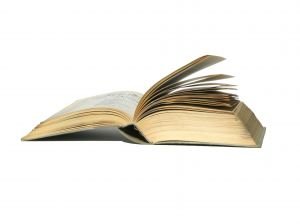 A month after lambasting the New York State Board of Regents for recommending a delay in certain aspects of the implementation of the controversial Common Core Curriculum, Governor Andrew Cuomo has now released a series of strikingly similar recommendations to help fix issues with the curriculum’s rollout and address the concerns of parents and educators across the state.

Actions suggested by the panel include banning standardized “bubble tests” from pre-K through Second Grade as a means to protect young children from anxiety and excessively high pressure. The panel would also have Common Core test results for grades 3-8 left off of students’ permanent records so such tests could not be held against the students, and place a hard cap on how much classroom time can be spent on testing as opposed to additional instruction.

“The flawed implementation of the Common Core curriculum has resulted in frustration, anxiety, and confusion for children and parents,” said Governor Cuomo. “It is in everyone's best interest to have high, real world standards for learning and to support the Common Core curriculum, but we need to make sure that our students are not unfairly harmed by its implementation.”

In order to better connect with parents and help them understand the Common Core, the panel has suggested creating state-of-the-art online resources and toolkits that are “linguistically and culturally appropriate” so parents and teachers are more informed as to what the curriculum will require of them and their students. The panel also proposed initiating better training and disseminating relevant resources to teachers so they can become acclimated to the Common Core, and increasing the number of assessment questions after Core exams to make clearer how students are being tested.

In order to increase public trust in the curriculum, the panel suggested creating an independent public task force “that includes parents, educators, legislators, and business, civic and community leaders” to review Common Core implementation and make public recommendations on an ongoing basis.

“In spite of my confidence in the Common Core as a starting point for an important conversation for what we expect of our students, the implementation has created confusion in many classrooms and in homes across New York State,” said Nick Lawrence, an 8th Grade Social Studies teacher and member of the panel. “Today we are putting forward several recommendations that parents and educators can stand behind right away to start reforming the way Common Core is put in place.”

Despite the Governor’s original criticism of the Board of Regents’ recommendations—and characterization of last month’s suggestions as “a series of missteps by the Board of Regents that suggests the time has come to seriously reexamine its capacity and performance,” which are “simply too little, too late for our parents and students”—most of his panel’s recommendations fall in line with what the Board had already put forth in February.

One of the few areas in which the two sets of recommendations actually differ is in the state’s relationship with inBloom, an independent tech firm specializing in coordinating classroom technologies to better work with one another and securing private data pertaining to both students and parents. Cuomo’s panel suggests halting the state’s relationship with inBloom and looking for alternative methods of integrating technologies and securing private data.

The panel’s recommendations also veer from the Board of Regents’ in that they do not support the delay of Common Core test results as an immediate means to evaluate teachers and make decisions regarding the employment of educators and other school officials.

“The panel does not make any recommendation to halt or slow teacher evaluations,” said Cuomo.

Cuomo’s push to immediately hold teachers accountable for the new standards may not succeed, however; last week the New York State Assembly passed a bill that would delay teacher evaluations for two years.