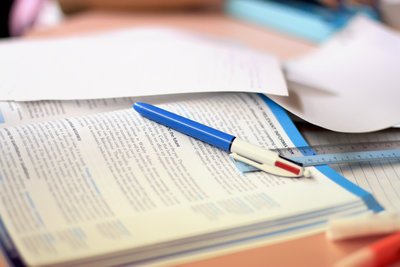 According to Newsday, an independent report commissioned by the district’s board of education found that 22 teachers at Connelly Elementary School and Landing Elementary School had “supplied fifth graders with correct answers, darkened answer forms for them, or urged them to reconsider their responses on state English Language Arts and mathematics exams in spring 2012.”

The reach of the test assistance was extensive: 84.7% of the 60 children interviewed "indicated they received inappropriate staff-directed assistance" on either the English Language Arts or the math test, or both, said the report, which was given to Newsday and signed by  Douglas A. Spencer, an attorney with the law firm Guercio & Guercio LLP.

Each of the teachers accused "denied, outright, having either provided or witnessed inappropriate staff-directed assistance to students or otherwise failing to comply with the governing rules and procedures" for the tests' administration, the report said.

Though the teachers deny any assistance, the report found that students’ descriptions of the testing scenarios "were consistent and overwhelming, both in terms of the gravity of the alleged transgressions and the persistence with which they are alleged to have occurred.”

Some students who are legally allowed testing accommodations also received far more than what is allowed by law, to which the report cited state regulations and said, "No one, under any circumstances, may interpret or explain test questions to students, nor may anyone review or comment to the student about the correctness or sufficiency of the student's response while the test is in progress.”

The report cites several incidences where teachers asked students to wait to go on to the next question so they can check which answer was bubbled in, as well as incidences of teachers giving students extra time that day or even the next day to complete the exams.

Back in April, former Glen Cove Superintendent Joseph Laria claimed that the district was looking into the alleged “coaching” of third, fourth, and fifth-graders at the two schools.  He then abruptly resigned in May.

Glen Cove School District has not released any comments on the report.