Abercombie & Fitch's CEO's Comments - How Does This Effect Your Child's Body Image? 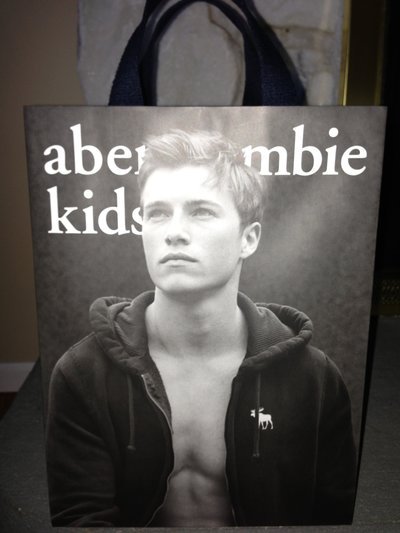 On any trip to the mall, almost all five senses are engaged as you pass by an Abercrombie & Fitch or Abercrombie Kids store.  You hear bass thumping music, smell of cologne, see dim lights, employees who look like fashion models and the oh so soft touch of cotton.  It seems to be the most popular brand for kids, tweens, teenagers in school.  That embroidered moose is everywhere!

The company's CEO Mike Jefferies recently made some very disturbing comments about the kind of consumers that he wishes to attract to his brand.  I believe the words he used were "thin and beautiful," "people with washboard stomachs," and "cool, good-looking, popular." Cool may have been used twice.  He also will not make clothes for women in a size larger than 10.  Jeffries also admitted his company doesn’t target all shapes and sizes. He said, “A lot of people don’t belong (in our clothes), and they can’t belong. Are we exclusionary? Absolutely.”  Sounds like he is simply asking for 97% of the world's consumer population to stay out of his stores, to spend their hard-earned capital elsewhere, to empty their accounts to boost some other company's bottom line.

I am quite appalled.  I returned the new summer wardrobe that I had purchased last week for my kids.  I gladly told the store manager why I was returning the clothing and would not be returning in the future.

These comments are a great opportunity for parents to use the publicity surrounding Jeffries’ quote to open up a dialogue with their teens.  You have to focus on the other traits that make people beautiful.  There is so much pressure on teens about body image. They certainly do not need added pressure from a clothing store. The visionaries, the entrepreneurs, the creative and economic forces behind the world's modern marvels probably do not fit Mr. Jefferies' perfect customer image.  Abercrombie's policy of excluding overweight customers may turn out to be not only bad publicity, but also bad business.

There are many other clothing brands out there. I prefer to let my money make it into the pockets of a less opinionated CEO.

Will you continue to shop at Abercrombie?  Let us know your opinion at LongIsland.com Forum.