A fugitive ex-cop appears to have been brought down following a rampage which ultimately killed four people. 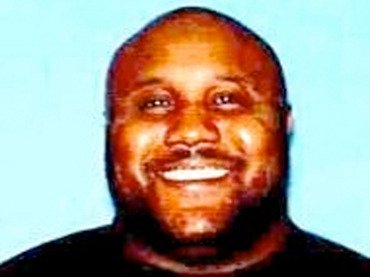 UPDATE 10:30 P.M., THURSDAY: San Bernardino County Sheriff's Department is reporting that the charred body recovered from Tuesday’s shootout has been positively identified as that of Christopher Dorner. The coroner was able to verify his identity through dental records during an autopsy.

According to Bernardino Sheriff John McMahon, the cause of the fire which likely killed Dorner was a series of tear gas canisters shot by officers during the confrontation. Controversy arose when an audio recording of an officer shouting “burn it down” surfaced—seemingly commanding the ignition of the building—but McMahon says the police “did not intentionally burn down that cabin to get Mr. Dorner out.” Tear gas canisters do contain pyrotechnics which generate heat.

The investigation continues, but it appears that a ten-day manhunt for the ex-police officer who killed two civilians and one officer has come to an end.

On February 3rd, Christopher Dorner shot dead the daughter of a retired police captain, Monica Quan, and her fiancé, Keith Lawrence. He then attacked and killed Officer Michael Crain on February 7th, wounding Crain’s partner in the process.

Dorner was fired from the Los Angeles Police Department in 2008. Before beginning his rampage he posted a manifesto citing perceived racism and corruption within the LAPD online, citing a multitude of officers whom he believed to be crooked. Those officers and their families have been under 24-hour protection since the situation began, and that protection still remains.

After breaking into a home and tying up two people, Dorner stole a truck which he drove to the San Bernardino Mountains.  When the victims were freed, they reported their truck stolen and that the perpetrator fit the description of Christopher Dorner.

Officers tracked the vehicle only to find it abandoned. They believe Dorner proceeded on foot to a cabin in the woods where he was holed up until police found him. Once he was discovered, a gunfight broke out and the suspect killed one deputy while wounding another officer.

During the battle both parties used tear gas grenades in addition to their guns. Eventually the cabin caught fire for reasons as yet unknown, but the suspect did not leave as the flames blazed. After the fire went out, a charred body was removed from the scene. Thus far, the corpse has not been positively identified as that of Christopher Dorner—a process which can take several weeks—but the LAPD is resuming normal operations. The task force established to catch Dorner and handle the investigation will remain in place until it can be verified with full certainty that the suspect in the cabin was indeed him.