The Knicks failed to close out the series in Boston this weekend, but the Nets have kept their season alive. 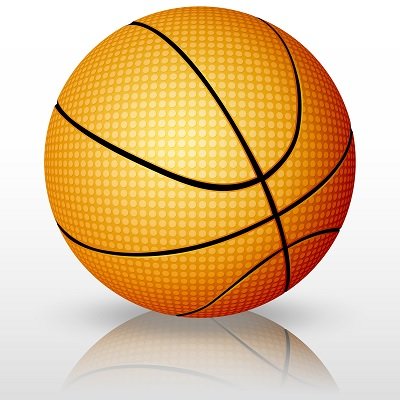 Nets Survive
Down 2-1 in the first round of the playoffs, the Nets played a grueling game in Chicago on Saturday. They trailed 58-55 at the half, but took control in the third quarter to lead 84-76 exiting the third quarter.

Brooklyn was not the only team ready to make a comeback that night, however, as the Bulls outshot them in the fourth to tie the game at 111 apiece when regulation came to a close. The first overtime period brought little closure to the game as both teams put up 10 points. They tied once more in the second OT, scoring only 6 this time, but Chicago put an end to the game with a 15-7 run in the third OT. The Nets lost 142-134.

Following a game in which three straight periods ended in a tied score, the Bulls remained a little too close for comfort through most of the game as the Nets tried to stave off elimination last night. Brooklyn was up 26-21 after the first quarter and went into halftime leading 52-44, but Chicago fought back in the third to bring the spread down to 77-73. Not ready for the season to end just yet, the Nets went to work in the fourth extending their lead by 15, and not allowing the Bulls to comeback this time. They won 110-91.

Lopez posted another double-double with 28 points and 10 rebounds, as did Williams with 23 points and 10 assists.  Wallace put up 12 and Blatche led the bench with 13; Johnson and Watson both scored 11.

Game 6 will take place Thursday night at 8:00 PM in Chicago. The Nets will need to win one on the road in order to bring the series back home for a Game 7.

Knicks Unable to Sweep Boston
The Knicks were looking to put the Celtics away on Sunday, but if they were to sweep the series they would have to do it without JR Smith, who was suspended for the day as a result of a flagrant 2 on Jason Terry in Game 3. Boston took full advantage of having the sixth man of the year off the court, extending a 22-17 first quarter lead to 54-35 at the half.

In what has become a hallmark of this series, the Knicks dominated the second half, racking up 30 points in the third quarter as they cut the deficit to just 3. Raymond Felton outscored the Celtics on his own, knocking in 16 compared with their 14 for the quarter. New York would tie several times over the course of the fourth. Shumpert did so first with fewer than 8 minutes to go, and Melo evened the score again with 3 and a half left, but the Knicks did not find their first lead of the night until Felton put them up 84-82 with 1:18 remaining in regulation. The quarter ended in an 84-84 tie after Anthony missed a pair of shots and Boston got the ball back with 18 seconds on the clock.

After battling their way back into the game, the Knicks fell in overtime when they were outscored 13-6, giving the Celtics a 97-90 win and sending the series back to New York.

Anthony had a game-high 36 points, but 16 of them came on free throws as he missed 25 of 35 from the field. Raymond Felton scored 27, the bulk of which came in the third quarter, and Shumpert posted a double-double with 12 points and rebounds.

The Knicks will try to finish the series at home, tomorrow at 7:00 PM.

Rangers Climb Past Islanders
The Rangers needed a win over New Jersey on Saturday to leapfrog the Islanders for the 6th seed in the NHL’s Eastern Conference. Stepan was quick to put them in prime position to do so as he scored just 2:37 into the game. Callahan added a second goal with under a minute left in the first period.

The second period went scoreless until Nash snuck one in with just over two and a half minutes to go; he contributed a second goal five and a half minutes into the third to put New York up 4-0. Lundqvist blocked all 20 of the shots that came his way, shutting out the Devils and giving the Rangers a 4-0 win.

With that victory (and a mixed weekend for the Ottawa Senators), the Rangers ended the season as the 6th seed. They will play their first game of the playoffs against Washington on Thursday at 7:30 PM.

The Islanders, who fell from 6th to 8th in the East, will have to play the Penguins in the first round of the postseason. Game 1 will take place at 7:30 PM tomorrow night.

Mets Drop Well Below .500
While the Knicks were looking to sweep their division rivals this weekend, the Mets were trying to avoid being on the receiving end of such a one-sided series. They were shutout in Game 1 against Philadelphia on Friday, but got on the scoreboard in a hurry in Game 2 when Valdespin’s RBI double drove Ike Davis home.

Unfortunately, the Phillies responded with a 3-run third inning which gave them a lead they would not relinquish. Ike Davis made the game close with a sac. fly that brought David Wright home in the fourth, but Philly drove in 5 runs in the fifth to take a commanding lead. The Mets lost 9-4.

The Mets struck first once more in the final game of the series, as David Wright singled in Ruben Tejada, but they could not build any momentum upon the early lead. Philadelphia tied the game in the fifth and knocked in 3 runs in the seventh to take a 4-1 lead. They went on to win 5-1, sweeping New York and handing Niese his second loss.

Last night the Mets tried to grind out a win in Miami, with Buck’s 2 run homer in the fourth inning giving them a 2-1 edge. The Marlins came back to tie it in the bottom of the ninth, forcing extra innings. The game remained tied at 2 until Tejada gave New York a 3-2 lead with an RBI single in the top of the fifteenth, but Miami responded with 2 runs in the bottom of the inning to take the game 4-3. Incredibly, the 15 inning contest was not the longest game played yesterday, as the Oakland A’s took the LA Angels into the 19th inning last night.

Yankees Sweep Blue Jays
The Yankees ended up the only New York team on the positive side of a sweep attempt this weekend, taking all four games in a series against Toronto. They played Game 3 on Saturday.

CC Sabathia allowed his team to trail 3-0 after three and a half innings, but Travis Hafner brought Wells and Youkilis home with him on a 3-run blast in the bottom of the fourth to tie the game. After Vernon Wells singled in Cano to tie the game once more in the seventh, Hafner smashed a triple to score Wells and put the Bronx Bombers up 5-4. The score would stay put, and Sabbathia would pick up his fourth win. Chamberlain took the ball from CC in the ninth to get his first save of the season.

New York faced the Mets’ former star pitcher, RA Dickey, in the final game of the series on Sunday. Though they trailed 2-1 when Boon Logan took over for Phil Hughes in the seventh, Lyle Overbay’s 2-run homer in the bottom of the inning gave them a 3-2 lead and would ultimately hand Dickey a loss. Rivera got his 9th save of the season that night.

After four straight wins, the Yanks ran into rough waters when the Astros came to town last night. Andy Pettitte, who played in Houston for three years between stints with the Yankees, got the start. Though Andy left the Astros seven years ago the team looked as though they knew him well, getting out to an early 3-0 lead in the first inning. Houston hit Pettitte for 2 more runs in the fourth before knocking him out of the fifth; they went on to score 4 runs in that inning. Vernon Wells’ RBI single in the sixth was the only run NY could muster as they fell 9-1.

The Yankees will try to even the series at 7:05 PM tonight.