The New York Jets announced this morning that they are letting go of QB Tebow, modestly reducing their cache of imperfect quarterbacks. 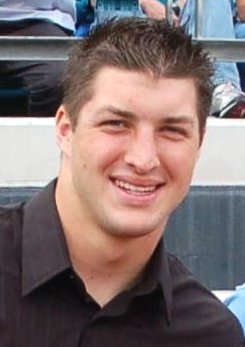 The Jets had six quarterbacks on their roster at the start of the day, but that headcount has been reduced by one. Earlier this morning the organization released a statement that it would bet letting go of one of the league’s most controversial QB’s, Tim Tebow.

Tebow entered last season believing that after making it the playoffs with the Denver Broncos—who were quick to trade him after signing Peyton Manning—he would be competing with Mark Sanchez for the starting position in New York. When it became clear that Sanchez would remain the Jets’ starter, the organization put forth an idea that Tebow would still take up to 20 snaps a game through a package specifically designed to take advantage of his rushing skills. Instead, he ran for 102 yards on 32 rushes and threw for 39, completing 6 of 8 attempts for the entire season.

Tim was not the only one disappointed by his miniscule playing time; Jets fans were equally frustrated by the decision to keep starting Mark Sanchez, whose skills appeared to only regress over the course of a disastrous year. Worse yet, when Rex Ryan finally made the decision to yank Sanchez from a game it was not Tebow who came in to take the helm, but the rookie third stringer Greg McElroy. The young gun won that game, but came up short in his only NFL start to date.

So now the Jets have cut one of last year’s quarterbacks. Tim Tebow, who has long been beloved for his explosive rushing capabilities and bemoaned for his ineptitude in throwing at a professional caliber, might find work on another team if he is willing to play a different position. Mark Sanchez might have a future in the NFL, but it probably won’t be with the Jets—he has crumbled under the pressure of playing in New York and the fans would likely be happy to see him go as soon as his contract expires or a trade can be arranged (the poor guy even got booed when he showed up to a recent Knicks playoff game against the Celtics). Greg McElroy is relatively untested, though he certainly has not accomplished anything particularly impressive or done much to merit a starting job.

Of course, with Tebow’s departure the Jets have more to think about than just Sanchez and McElroy. Matt Simms has been a reserve for the team since he was signed as an undrafted free agent in 2012, and David Garrard inked a contract with the team in early March of this year. Perhaps the Jets’ future rests in the hands of Geno Smith, who bore the distinct honor of having been considered one of, if not the single best quarterback in a draft class full of unimpressive quarterbacks. New York took Smith with their 3rd and the 39th overall pick in the second round of the 2013 NFL draft.

If Geno can help turn the franchise around he certainly would not be the first QB to defy expectations. He may even have a strong guiding hand in attempting to do so; analysts have suggested that the veteran Garrard could be used as a mentor for Smith given their similar styles of play.